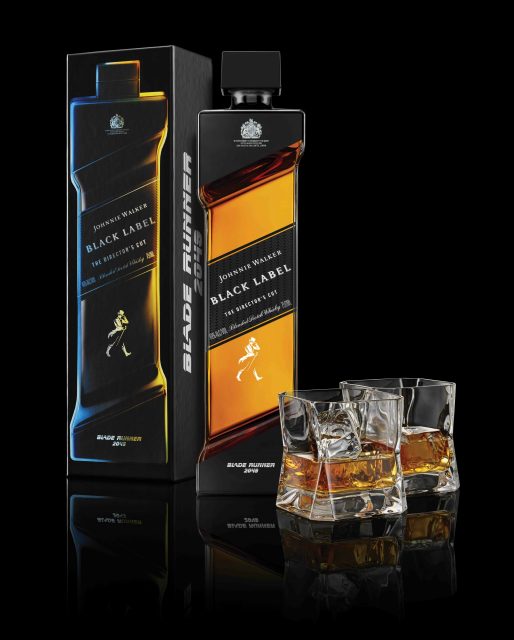 “Like many fans, I remember the Johnnie Walker bottle from the first film, so it was a unique privilege to collaborate with Johnnie Walker on designing a totally original bottle for the new movie,” said Villeneuve, who has directed movies such as Sicario and Arrival.

“It was also a once-in-a-lifetime experience to help create the limited edition Black Label The Director’s Cut blend, which perfectly captures the complex and mysterious world of Blade Runner 2049.”

Beveridge added: “I was truly inspired by Villeneuve’s artistic vision for Blade Runner 2049 and how it could come to life in this new blend. I learned that filmmaking is much like blending – you have to constantly be committed to creating the best possible outcome.”

Only 39,000 bottles have been produced, with the whisky available in Hong Kong at SOGO with an SRP of HK$928.