Facebook is testing a tool that in the future could give users the power to hide advertisements relating to alcohol while using the social media network. 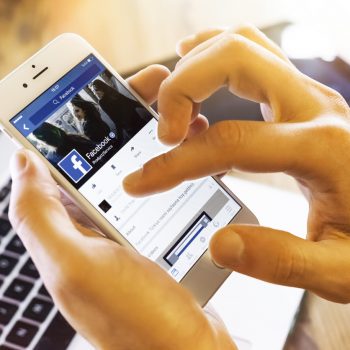 It is the first time that Facebook has made moves to give users greater control over the type of adverts they see, allowing them to selectively block adverts on a specific topic with the alcohol industry and adverts relating to parenting the first to be targeted, as reported by the BBC.

During the Facebook trial, participants will be able to block unwanted ads relating to either topic for six months, a year or permanently, by accessing their ad preferences, with the social network asking people to suggest what other topics they might like to block.

Currently, adverts that promote or reference alcohol on Facebook must comply with the laws of the countries in which they are being viewed, with such ads banned in countries including Afghanistan, Brunei, Bangladesh, Egypt, Gambia, Kuwait, Libya, Norway, Pakistan, Russia, Saudi Arabia, Turkey, United Arab Emirates and Yemen. Ads must also be banned from the pages of those under the legal age of drinking in their country.

Facebook has said that if successful the trial would give users to power to switch off alcohol adverts, which for those struggling with addiction could serve as a trigger to excessive drinking. The move has been welcomed by Alcohol Research UK, which says social media is “saturated” with alcohol promotions and that advertising rules were not “fit for purpose”.

However the Advertising Standards Authority (ASA), which regulates advertising in the UK, has said the UK has some of the strictest rules in the world, and that further restrictions were not necessary.

The ASA already states that alcohol ads must not link alcohol with seduction, sex or social success, link alcohol with irresponsible, anti-social, tough or daring behaviour, show alcohol being served irresponsibly or show people drinking and behaving in an adolescent or juvenile way. Alcohol ads are also prohibited from appearing in or around children’s TV programmes, or programmes likely to have a particular appeal to children.

The organisation frequently bans alcohol adverts it deems inappropriate, not only in traditional media, but across all forms of social media, including Facebook.

“The number of complaints we receive about alcohol ads has halved in recent years, but we’re not complacent and keep the rules under constant review,” the ASA said in a statement. “If people see an alcohol ad they think is irresponsible they can make a complaint to the ASA. If an ad breaks the rules, one complaint can be enough to see it banned.”

The Facebook trial follows continued calls by public health groups and campaigners to limit the freedom of the drinks industry to promote its products.

Earlier this year collection of 14 research papers was published in the US-based Addiction Journal, funded by Alcohol Research UK and the Institute of Alcohol Studies, which made claims that the wine and spirits industry’s marketing practices encourage young people to drink, and that greater controls on advertising were required, going so far as to suggest a “comprehensive ban” on alcohol advertising worldwide.

Claims made by the research collective include the assertion that exposure to alcohol marketing is associated with youth alcohol consumption, and that the alcohol industry’s self-regulatory codes do not sufficiently protect children and adolescents from exposure to alcohol promotions.

At that time, The Portman Group, which was formed in 1989 with the sole purpose of advocating responsible drinking and research into UK alcohol consumption, and the responsible marketing of alcohol by the trade noted that regardless of the rise in online marketing channels, official UK government statistics “shows that underage drinking has fallen to the lowest levels ever recorded”.

Pointing to ward France, where an alcohol marketing ban has been in place for two decades, it noted that harmful drinking among children had increased as a result.

“Alcohol harms vary across countries, regions and local areas and are linked with a complex range of socio-economic factors, including parental behaviours and peer group type,” it said. “Tackling underage drinking requires a combination of life skills education, strict enforcement on underage sales and robust  ID schemes – all of which are supported by drinks companies.”

In the last decade, the proportion of children (aged 11-15) who have had an alcoholic drink has declined by 38%, while under 18 alcohol-specific hospital admissions have fallen by 46% since 2008, according to Public Health England.

This is in addition to levels of teen drinking in the US also hitting an all-time low, with drinking rates among 8th, 10th and 12th grade pupils (13-18-year-olds) sinking to their lowest levels in twenty-five years, according to the ‘2016 Monitoring the Future Survey’, which was compiled by the National Institute on Drug Abuse and the University of Michigan.