Rapper 50 Cent has not cut ties with Effen Vodka

Beam Suntory has denied claims that US rapper 50 Cent has cut ties with its Effen Vodka, after the rapper appeared to suggest he had sold his stake in the company for US$60 million.

‘Fiddy’, real name Curtis Jackson, agreed a partnership with the Holland-based vodka brand in 2014, taking a minority stake in the company and promoting it on social media and in his song lyrics.

However this week the rapper appeared to confirm that he had ended his partnership with the brand in an Instagram post that read: “I got the bag, EFFEN Vodka Can you say 60M’s since they like counting my money DO THE MATH. Lol.”

Their apparent ‘split’ was also reported by US radio station Power 105.1’s “Rumor Report” on The Breakfast Club show (July 17), with host DJ Envy claiming 50 had sold his minority stake in the company for $60 million.

This morning, Beam Suntory denied that the partnership had been brought to an end.

Outside of its celebrity endorsements, Effen’s latest move has been to expand its portfolio with the launch of new Blood Orange, Green Apple and Raspberry flavours last year, tapping into the growing trend for flavoured vodkas.

Prior to this, Effen worked with 50 Cent to launch a limited edition American football bottle in an effort to to attract new consumers to the brand. 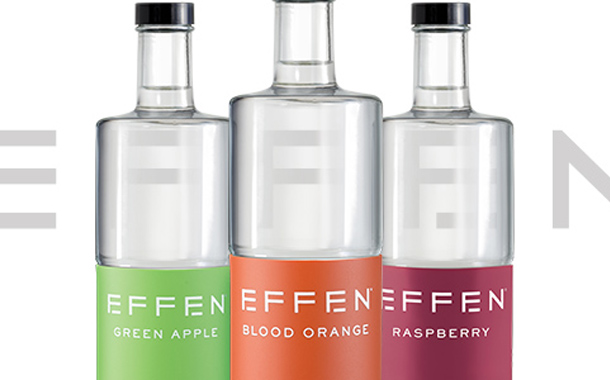