Dylan Lee is the senior winemaker at Adelaide winery Bird in Hand. Having completed a degree in winemaking at the University of Adelaide, Lee cut his teeth in working on vintages in the Northern Rhône, Niagara Peninsula, Margaret River and McLaren Vale. Starting out as a cellar hand at Bird in Hand, Lee rose through the ranks to become an essential addition to its winemaking team. Its ‘Nest Egg’ Chardonnay 2015 recently won the top accolade at our Asian Chardonnay Masters competition, impressing the judges with its finesse and persistent finish. In a recent interview with dbHK, the winemaker reveals his unabashed love for burgers and his source of happiness – his six-month-old daughter. 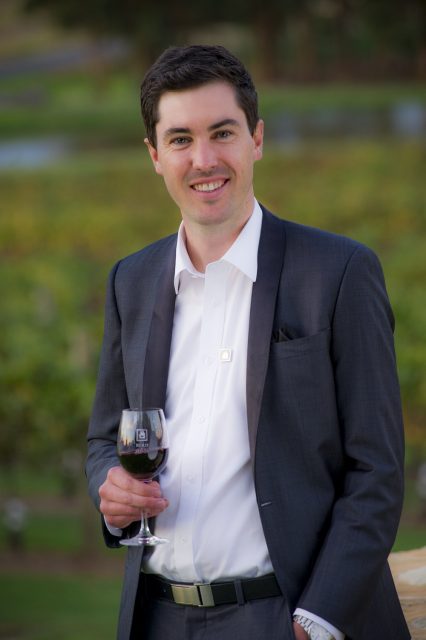 1985. From what I have come to understand, a very unremarkable, although not terrible vintage in Australia. I have only ever tried one or two wines from that vintage.

I am a west Aussie born and bred, so a lot of the early wines I tried when I was studying were from Margaret River. I remember being particularly blown away by a bottle of Pierro Chardonnay and thinking there was a bit of intangible magic about it.

Geez, that’s a tough one… Maybe a Merlot… I’m more of the quiet, unassuming type.

Whenever I am with my little six-month-old daughter Evelyn. She constantly cracks me up.

From my old man – ‘Put your head down and work hard. Never wait for things to happen, make them happen for yourself.’

I worked a vintage at Yves Cuilleron in the Northern Rhône in 2009. I arduously lugged a few bottles around Europe in my backpack after the vintage. I have one left, a 2008 Les Chaillets Condrieu.

The best thing is that there is just so much diversity in the wine world to constantly learn, explore and get excited about.

The worst thing is the expensive dental upkeep!

I have a particular passion for Shiraz / Syrah, so probably a Côte Rôtie – Guigal La Landonne.

Louis CK. Such an interesting character and absolutely hilarious.

I think we are all driven to strive for “perfection” in wine, although I am not sure such a thing exists…

Which wine would you like served at your funeral?

Not something I want to think too much about! They can drink what they like, because I wont be there!