Red wine and berries are “sexual super foods” that can help prevent erectile dysfunction, a new study has found. 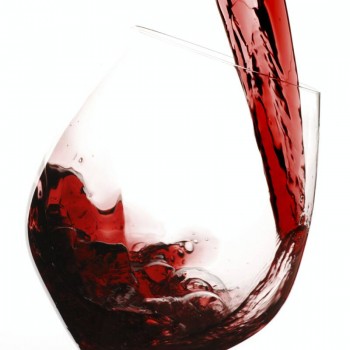 A 40-year study made by teams at Harvard and the University of East Anglia has found that middle aged men who drank and ate foodstuffs such as red wine, berries and citrus fruits that are rich in ‘flavonoids’ were 10% less likely to develop erectile dysfunction.

Plant-based drinks such as wine and tea contain high levels of flavonoids, as do fruits, vegetables and herbs, while a particular type of flavonoid known as ‘anthocyanins’ present in blueberries, cherries, blackberries, radishes, blackcurrants and citrus fruits were shown to be particularly beneficial.

More than 50,000 men were included in the study. They were asked about their ability to have and maintain an erection and figures on their dietary intake was collected every four years.

A third of men in the survey reported suffering erectile dysfunction over the course of the study, but those whose diet was rich in anthocyanins, flavones and flavanones were less likely to suffer from the condition.

Those who remained physically active combined with the flavonoid-rich diet saw the rate of erectile dysfunction fall even further.

Professor Aedin Cassidy of the University of East Anglia explained: “We examined six main types of commonly consumed flavonoids and found that three in particular – anthocyanins, flavanones and flavones – are beneficial.

“Men who regularly consumed foods high in these flavonoids were 10% less likely to suffer erectile dysfunction. In terms of quantities, we’re talking just a few portions a week.

“The top sources of anthocyanins, flavones and flavanones consumed in the US are strawberries, blueberries, red wine, apples, pears, and citrus products.

“We also found that the benefits were strongest among younger men.”