Hackney Brewery in east London has started making ale from unwanted bread in a bid to tackle the problem of food waste in the UK. 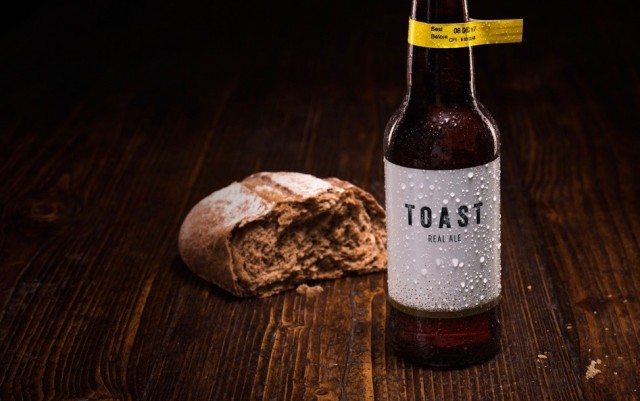 Toast Ale is made with surplus bread from bakeries and delis across London that hasn’t been sold by closing time and would otherwise be thrown way. The bread is sliced, toasted and mashed into crumbs then brewed with malted barley, hops and yeast.

Toasting the bread adds caramel notes to the beer, softening the bitter hops and giving it a malty taste similar to amber ales and wheat beers. The beer launches this week priced at £3 a bottle, with all profits going to Feedback, a charity that aims to halve food waste in the UK by 2030.

It will also be on sale in a number of restaurants, pubs and bars, including Poco, the Cock Tavern, the Hornbeam and Pizzeria Apollo.

Food waste pioneers Jamie Oliver and Hugh Fearnley-Whittingstall are already said to be fans of the toasty brew. Toast Ale is the brainchild of Feedback founder Tristram Stuart, who had the idea for the beer after chancing upon a similar project in Brussels.

Stuart pitched his bread beer idea to Hackney Brewery’s Jon Swain, who “jumped at the chance” to do it.

“The important thing for us was to create a beer that tasted good and stood up against other craft beers,” Swain said. “We worked hard to brew a beer that wasn’t just a fad but something that people could enjoy and would have a significant impact,” he added.

According to Feedback, UK households waste 24 million slices of bread a year.