Around 70,000 people have visited The Lakes Distillery in just its first year, the producer has revealed. 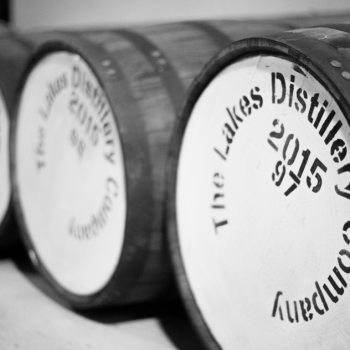 The distillery, which celebrated its first anniversary this week, has already been named a ‘Top 50 Cumbrian Icon’.

Since it opened, The Lakes Distillery has produced 80,000 litres of spirit, including gin, vodka and whisky.

“We are situated in one of the most stunning places in the world,” said Paul Currie, founder and managing director of The Lakes Distillery.

“The Lakes Malt aims to be recognised as one of the finest malt whiskies in the world, making us a challenger to Scotland.”

The company’s first single malt won’t be bottled until 2018, but the distillery has already become a local fixture.

In August, the readers of Cumbria Magazine voted the distillery 50th in a poll of ‘The Top 50 Cumbrian Icons.’

70,000 people have visited the site this year, which is a renovated Victorian farm.

Tours of the site cost £12.50 per adult and the distillery also has a bistro, which has been recognised in the Michelin Good Food Guide 2016.

Currie said: “This has been a phenomenal year for the business – the reaction from the drinks industry, the public and the local businesses in the North West has been fantastic.”

The Lakes Gin is stocked on the shelves of Fortnum & Mason, and both the gin and The One (The Lakes Distillery’s blended whisky) are sold by Harvey Nichols and Majestic.