Five grapes to watch in the Douro

Symington Family Estates is pinning its hopes on five lesser-known grapes for raising the quality of Port and table wine from the Douro.

As reported by the drinks business earlier this year, Symington Family Estates has planted an experimental vineyard in the hottest part of the Douro to uncover which native grapes are best-suited to the extreme conditions of the Portuguese region.

The new plot covers 2.25 hectares in the Douro Superior and contains 53 different vitis vinifera varieties – 29 red and 24 white – among which are five that the producer has particularly high hopes for.

Since the 1970s, a range of grapes have been recommended for Port production, which are dubbed “the big five” among Douro viticulturists, and comprise: Touriga Nacional, Tinta Roriz (Tempranillo), Touriga Franca, Tinta Barroca and Tinta Cão.

However, speaking to db this year, Charles Symington, who is head of viticulture at Symington Family Estates, said that this grape selection was made on “questionable criteria”, pointing out that not all the varieties were chosen for quality; some were promoted for economic viability – either they were high-yielding or disease-resistant.

For example, he said that he wasn’t happy with the performance of Tinta Roriz, suggesting that the grape, which is the same as Tempranillo in Spain, does better in Rioja than the Douro, because the soil pH is too low for this variety in the latter area.

“Also, I’m not a fan of Tinta Cão,” he said, although he stressed that Touriga Nacional, Touriga Franca, and Tinta Barroca are “very good”.

On the other hand, he said that a grape such as Trincadeira (Tinta Amarela) was left out of the “big five” because it is “very sensitive to fungal diseases” – but, he stated, “It’s very good for dry areas, where you don’t get fungal problems.”

Symington Family Estates is particularly keen on Portugal’s native Touriga Nacional – which currently accounts for 25% of the producer’s 1,000 hectares in the Douro – and Charles told db he hopes to get that proportion up to 40% in the future.

He then said, “The next most important grape after Touriga Nacional is Touriga Franca – they are the Cabernet and Merlot of the Douro” – a view also held by Bruno Prats, the Symington Family joint venture partner for a Douro table wine project and brand called Chryseia.

However, over the following pages, we reveal five grapes beyond the aforementioned recommendations, all of which will take an increasingly important role in the future of Port and Douro table wine, according to Symington Family Estates. 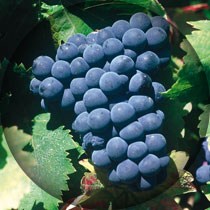 Believed to originate from the Douro, this grape is not favoured in the region because it is low yielding.

However, the grape has many qualitative advantages, including adding aroma to Port blends, as well as its resistance to extremely hot and dry sites.

It is currently relatively rare in the Douro, with little more than 30 hectares planted in the region, less than 1% of the region’s 38,000ha total. 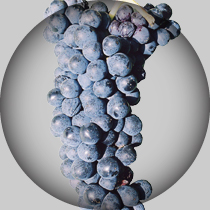 A slightly less obscure Douro grape than Tinta Francisca, Malvasia Preta covers a little over 1,000ha in the region, and is favoured for bringing structure and aromas of crushed raspberries to Port.

The grape does not form one of the recommended varieties in the “big five”, possibly because it is susceptible to botrytis due to its compact bunches.

According to Wine Grapes, Malvasia Preta (meaning black Malvasia) is late ripening and high yielding, and the variety is a natural cross between Cayetana Blanca and Alfrocheiro, which is thought to have occurred in the Douro.

Donzelinho Tinto is one of the Douro’s oldest recorded grapes and found nowadays within ancient vineyards often planted mixed with other varieties.

Almost as rare as Tinta Francisca, just 87 hectares of Donzelinho Tinto were recorded in Portugal in 2010, according to Wine Grapes.

Although the grape plays a very minor role today in Port and wine blends, it is favoured for its suitability to the Douro’s extreme climate.

This French grape produced in 1855 by crossing Grenache with Petit Bouschet is famous for its red flesh, but not producing wines of great quality.

However, Charles Symington told db that up to 5% of Symington Family Estates will soon be planted with this grape for its “heat resistance and amazing colour and structure”.

Indeed, he added, “It was not classed as good for Port [in the 1970s] but we have discovered it’s good quality in our climate conditions for Port and table wines.”

Of all the lesser-known grapes in the Douro, it is Sousão that is causing the most excitement among the Symingtons (Vinhão is its name in the variety’s native region, Vinho Verde).

Traditionally used in the Douro to augment the colour in Port blends, Charles Symington told db that the grape brings not only “amazing colour” to fortified wines, but also acidity.

Concurring, head of the company Paul Symington explained the grape’s importance in the Douro. “We like Sousão for its acidity: acidity is at a premium in our vineyards because we never lack ripeness.”

As proof of the grape’s quality potential, Sousão reputedly makes up a significant proportion of Quinta do Noval’s ungrafted Nacional vineyard, which is the source of some of the most long-lived and sought-after vintage Ports in the world.

Charles said that he plans to increase Sousão plantings to around 15%, while Paul recorded the recent rise of the grape in the company’s vineyards, “We now have as much as 15 hectares of Sousão, but we had none eight years ago.”

However, it will only ever play a blending role in fortified wine. Charles explained, “I’m very excited by Sousão because of its colour and acidity but I wouldn’t use more than 5% in a Port and I don’t like it in table wine – Sousão’s tannins are too aggressive for table wine.”

Viticulturally, Sousão benefits from its ability to retain acidity even in extremely hot years in the Douro’s dry climate.

To read more about the Symington’s experimental vineyard and to see the grape varieties planted within it, click here.