California heading for a fall?

The decline in Bordeaux prices means many Californian wines are now at a premium, but how much longer can that last? 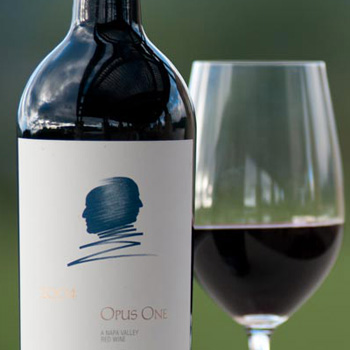 The point has been raised by Liv-ex in its latest Cellar Watch report. It points out that the Rest of the World 50 sub-index of the Liv-ex 1000 has been the best performer since the market peak in 2011, rising 18.2%.

Although comprised of Penfolds Grange, Vega Sicilia and Taylor’s Port, it is the two Californian brands; Opus One and Dominus, that have “really led the charge”.

The dominance of the two Napa labels was noted as far back as February 2014 and while Grange has seen its vintages rise a little over 10% in price on average since July 2011, for Dominus and Opus One that average is 30% – while the first growths have fallen 40% on average over the same period.

Although the RoW 50’s surge has slowed a little this year, that is not the fault of its California contingent which has continued to perform well.

Outside of the sub-index, other famous names such as Screaming Eagle and Scarecrow have also risen, with Screaming Eagle the tenth most traded wine in October thanks to the 100-point scores for its 2007, 2010 and 2012 from Robert Parker.

Low volume but very high value label Scarecrow has also seen prices pushed upwards and in this year’s Power 100 list (see the coming December issue of the drinks business), it and Screaming Eagle were first and second place respectively for price performance.

Cult Cab shows no sign of stopping and Parker continues to shower the wines with high scores. In his latest review of US wines, no less than 22 wines from Northern California were given a “perfect” 100-point score.

Nonetheless, even Parker has been moved to write that the price escalation for the region’s wines is “worrisome”.

He added that prices, “are escalating to the point where consumers are frustrated and turned off,” describing it further as a, “dangerous trend that the wine industry in Napa Valley needs to discuss.”

Prices have always been high but Bordeaux always provided some sort of cap, its wines generally trading at a premium.

As Liv-ex concludes, or even perhaps warns: “Collectors may want variety in their cellar, but when prices are at a significant premium to Bordeaux are they sustainable? At some point, the ‘Golden State’ may start to lose its shine.”