The wine regions under threat from development

Three of the world’s most important and beautiful wine regions are being blighted by major building projects despite objections from the trade. We look at the damage being done.

Famous appellations Sauternes, the Mosel and the Douro are all currently suffering from threats to their appearance and ecology due to schemes that should never have received the go-ahead, according to leading figures in the trade.

Of particular frustration is the fact that the damage caused by these construction projects won’t bring any major benefits.

Such schemes also appear to be a giant step back at a time when increased value is being placed on viticultural areas of historical and aesthetic significance, helped by organisations such as UNESCO, or regional bodies, who are keen to protect their heritage and promote wine tourism.

Of course there are already examples where great vineyards are found just feet from main roads or architectural monstrosities. Indeed, those who have visited Château La Mission Haut-Brion will know that its vineyards abut not just the suburbs of Bordeaux, but an abandoned, graffiti-covered concrete structure (pictured below).

While those who tour Burgundy for the first time are always surprised at the amount of traffic that speeds along the N74, a road that cuts through pretty tracts of the Cote d’Or, and situated just metres away from the most valuable agricultural land in the world.

Sadly, it seems as though more brutal acts of road building and other forms of construction are soon to further damage wine regions of great value for their wines and aesthetics.

Over the following pages we bring you three tragic examples of landscape destruction which are either already underway, or impending.

A 200-mile high-speed rail link connecting Bordeaux with Toulouse and Dax has just received the go-ahead, despite the fact it risks “vandalising” top vineyards and causing irreparable damage to the “peculiar microclimate” of Sauternes. 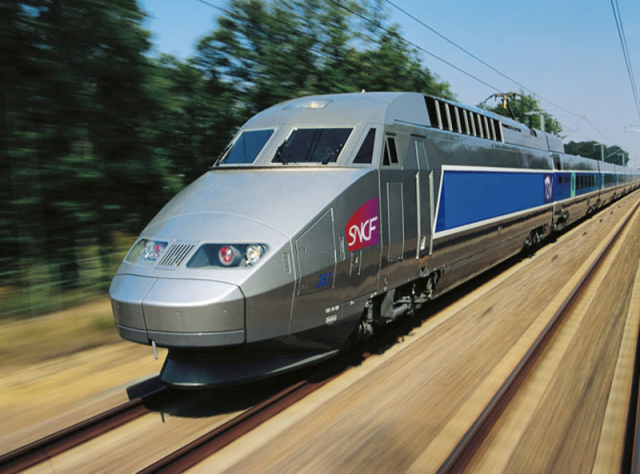 Cutting through the Vallée du Ciron, south of Bordeaux, the network will have an irrevocable impact on the climates of Barsac, Graves and especially Sauternes, according to Les Vignerons de Sauternes et Barsac (ODG).

In particular, the track, which will follow the river Ciron (pictured below), will see trees removed along the banks of the river, which are vital for its waters cool enough for fog creation when it mixes with the warmer waters of the Garonne.

Without this fog, it’s claimed that Sauternes would not benefit from the noble rot that forms on the grapes, and causes the concentration of acids and sugars in the berries, which is so crucial for the character of this region’s great sweet wines.

The new line will run for 70km and will stretch 100m in width, and consequently involve the bulldozing of as much as 5,000 hectares of land.

And the benefit of this investment, landscape destruction, and potential damage to the world’s most famous sweet wine? According to local winemakers, it will make journey times a “few minutes” shorter than they already are.

Already under construction (see picture below taken by db’s Rupert Millar last month) is a 1.7km, 160m high concrete bridge across some of Germany’s most prized vineyards and a UNESCO heritage site.

Back in May 2011, a massive four-lane road bridge, which crosses the Mosel Valley, was given the go-ahead despite objections from influential members of Germany and Britain’s wine trade – both Hugh Johnson OBE and Jancis Robinson MW OBE were vocal in their opposition to the project.

Called the Hochmoselübergang (Upper Mosel Crossing), the bridge was first proposed in the late 60s at the height of the Cold War when thousands of US troops stationed in the region sought a faster link between their bases.

Over the course of the following 40 years, the project was subject to revised plans, court challenges and impact studies – which the opponents said failed to address their key concerns.

Today, proponents of the bridge have pushed the project through, saying it will cut journey times for lorry drivers crossing Germany from Eastern Europe.

However, others says that current road connections are adequate, while the cost of such time-saving for this road-freight is immense, both economically and visually.

The road emerges from a tunnel through the side of the Ürziger Würzgarten wine mountain and continues directly along the top of the vineyards of Zeltingen-Rachtig, Wehlen, Graach and Bernkastel, with an additional slip road passing close by the village of Erden.

Aside from its visual impact, the road building endangers an exceptionally long stretch of rare Grosse Lage (Grand Cru) and Erste Lage (First Growth) Riesling vineyards. Also, of great concern is the long-term impact of the road on water distribution to the vines, because existing forest above the vineyards has to be removed, while the new road embankment effectively seals off a large swath of the natural hilltop.

Importantly, it is this forest which currently forms the water reservoir needed to sustain the vines during the frequent spells of hot weather.

Speaking back in 2009, Katharina & Manfred Prüm from Joh. Jos. Prüm estate in Wehlen outlined the impact of this building project.

“This giant, grotesque bridge would irreversibly deface the beautiful viticultural landscape in the Middle Mosel valley between Zeltingen, Ürzig and Erden.”

Continuing, they commented, “It is shocking to see politicians deciding to waste hundreds of millions of taxpayer’s money on the disfigurement of more than 2000 years of cultural heritage, instead of protecting it and supporting its acceptance as genuine world cultural heritage by UNESCO,” they added.

Distressingly, the bridge is now almost complete, while shockingly, a leaked report early last year showed that it may already be structurally unstable.

As reported by db in January 2014, a local government document recently obtained by journalists from the German magazine Der Spiegel apparently says that planners failed to properly investigate “slip surfaces” which are deeper than originally thought.

Loose boulders and shingle go as deep as 70 metres on parts of the bank and yet, the document is said to report, builders will only sink foundations to 47m leaving the 525 foot high bridge dangerously unstable.

Such setbacks will doubtless only increase the cost of this road bridge and the length of time it takes to finish the project – €330 million was initially set aside for the scheme with a completion date of 2016.

In the meantime, the damage is already done – as you can see, once more, in the picture below.

Extremely sadly, one of world’s most wonderfully rugged and important wine regions, the Douro Valley, is being damaged by a building project that was approved by a Portuguese PM who’s been accused of corruption.

Within the steeply-sided Tua Valley, a 100m high concrete dam is currently being finished, which is not only scarring a famous beauty spot within a UNESCO heritage site, but is also flooding a historic railway.

Near the mouth of the Tua river, which the new structure will dam to create a reservoir, is the Linha da Tua – which is considered not only one of Portugal’s most beautiful narrow gauge railway journeys, but one of the most breathtaking in the world (see picture, bottom).

Due to a fatal accident in August 2008 this railway is now closed, but the new project has ensured the line won’t be reopened – the narrow-gauge track will soon be flooded, meaning the world has lost a marvel of engineering from the late nineteenth century.

Although the dam is not far from the famous Quinta do Tua – source of the grapes for Cockburn’s vintage Port – the reservoir does not endanger vineyards, but destroys the unspoilt nature of this spectacular valley.

The dam is being build to generate electricity by EDP at a cost of €162.3m, and as a result, it is having further impact on the beauty of the Douro. Not only does this project require the installation of high-tension wires along the valley floor to transport electricity, (as well as the running of noisy turbines), but it is also providing justification for further visual pollution of the Douro landscape – wind turbines are being erected to generate energy to pump water into the dam.

In essence, the dam is being built as a giant battery to hold energy generated by wind turbines – which can’t store electricity – meaning that this remarkable landscape, not just the Tua Valley, is being used as a vast and highly inefficient power station.

Indeed, those who have visited the Douro recently will note that once unspoilt views across the mountain peaks of the region are now littered with white windmills, which at night, turn into red flashing beacons, interrupting the darkness.

It is also worth noting that Portuguese Prime Minister Jose Socrates, who approved the scheme, was arrested as part of a corruption investigation in November last year.

Considering the impact of the project on this important landscape, it seems remarkable that UNESCO did not attempt to challenge the construction of the dam. Not only has the Douro been on UNESCO’s list of world heritage sites since 2001, but the Douro’s largest landowner, Symington Family Estates, warned the organisation about the project when it was still at the planning stage.

Indeed, the same should be said of the Mosel road bridge, which also brutally carves through a UNESCO landscape.

The Portuguese dam is officially called Foz Tua, and can be found about one kilometre from the mouth of River Tua, near River Douro. It features a concrete double curvature arch of 108 metres at its highest point and a crest length of 275 metres.