English vineyards need to plan ahead to secure a route to market and avoid a glut of sparkling wine coming on-stream at the same time, a leading English winemaker has suggested. 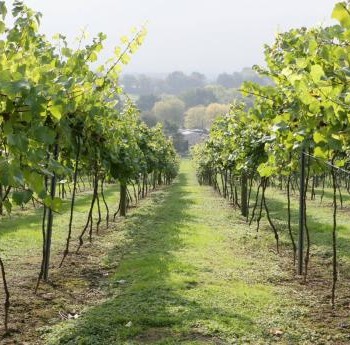 Sam Linter, md and chief winemaker at Sussex vineyard Bolney Wine Estate told the drinks business the rising production of English sparkling wine was likely to result in large quantities hitting the market over the next two years. English wines make up less than 2% of the market so there is some space for expansion, she said, but warned it would take time for the UK market to expand sufficiently to take on that extra capacity.

English vineyards have grown on average 11% a year over the last 10 years and are forecast to double in capacity and production over the next seven years.

“People are wary that too much is being produced and that with a lot of sparkling wine coming on all at once over the next two years, it make take the UK market time to expand and take that capacity,” Linter said.

While of the bigger plays will have secured listings in advance of releasing the bulk of their products, she warned that some – particularly smaller and newer vineyards – risked not having markets to sell into if they waited until the products were ready to be marketed.

“At the moment, there is plenty of market out there, but people talk about struggling to find markets and whether they will do remains to be seen. Some of the newer entrants won’t have sorted routes to market, and they will have to be patient and wait.”

The larger, more established players are increasingly looking to export markets on the back of the rising reputation of English sparkling wines abroad, she added.

“Our year-on-year target for exports is 15% this year and we’re not far off that which is pretty good as it was only 5% last year,” she said. “We have our customer base and marketing strategy very firmly in place.”

Last year md of Chapel Down Frazer Thompson told the drinks business the English market was becoming crowded, warning that intense competition was likely to result in greater consolidation in the next few years.