The Italian arm of British sports car manufacturer Aston Martin has teamed up with Dom Pérignon to offer a luxury Champagne extra that James Bond would be proud of. 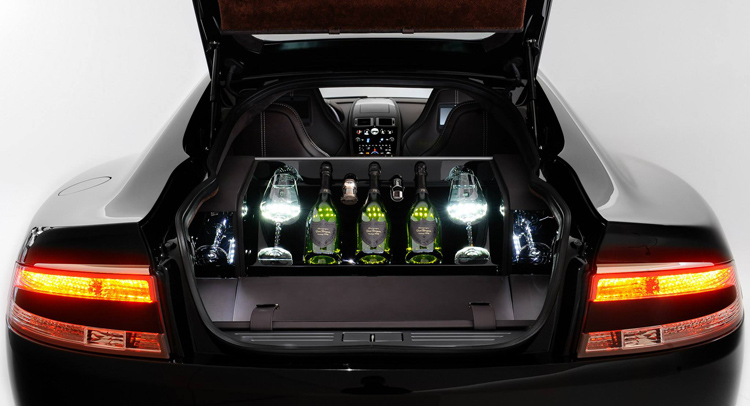 Taking luxury to another level, Aston Martin Milano has partnered with Dom Pérignon to offer buyers of its Milano Rapide S sports car the optional extra of having a bespoke Champagne cellar installed into the boot.

The hand-built, leather-clad trunk is removable and is part of the Rapide S Dom Pérignon Deuxieme Plénitude package, because Champagne is surely more important than luggage? It can carry three bottles of 1988 Dom Pérignon Champagne, two crystal glasses and bottle openers.

The 4-door sports car has a starting price of £147,950, can go from 0 to 60mph in 4.2 seconds and has a top speed of 203 mph. Orders for the Dom Pérignon package will open following a promotional road trip this month which will see the Champagne-filled sports car taken to selected events in Italy to be showcased to top clients.

James Bond’s love of Champagne, particularly the prestige cuvées of Dom Pérignon and Bollinger, as well as his penchant for Aston Martin, is well-known with dozens of references being made to the French fizz throughout the spy’s silver screen career.

In 1964’s Goldfinger the British spy exclaims: “My dear girl, there are some things that just aren’t done, such as drinking Dom Perignon ’53 above the temperature of 38 degrees Fahrenheit. That’s just as bad as listening to the Beatles without earmuffs.” 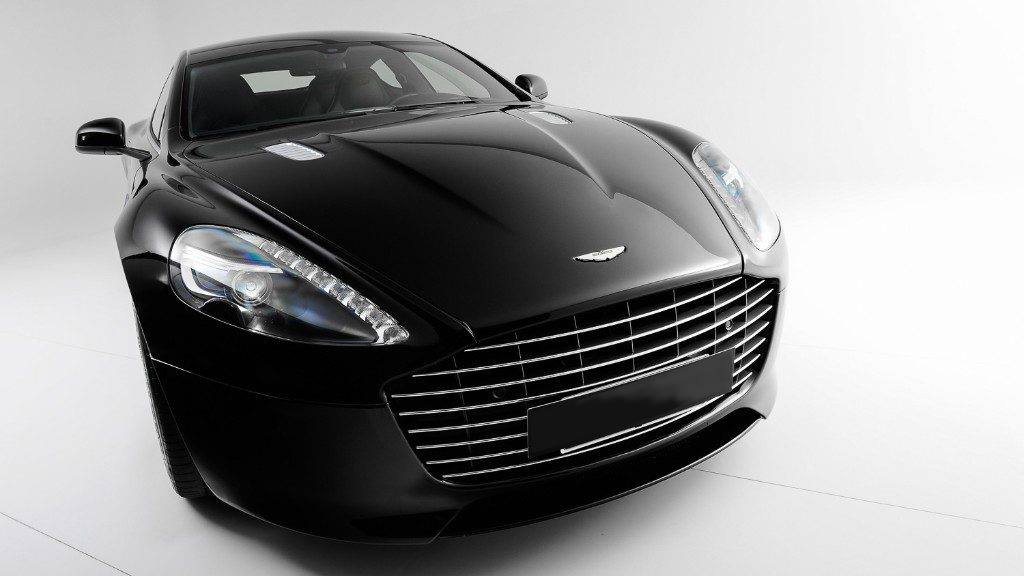 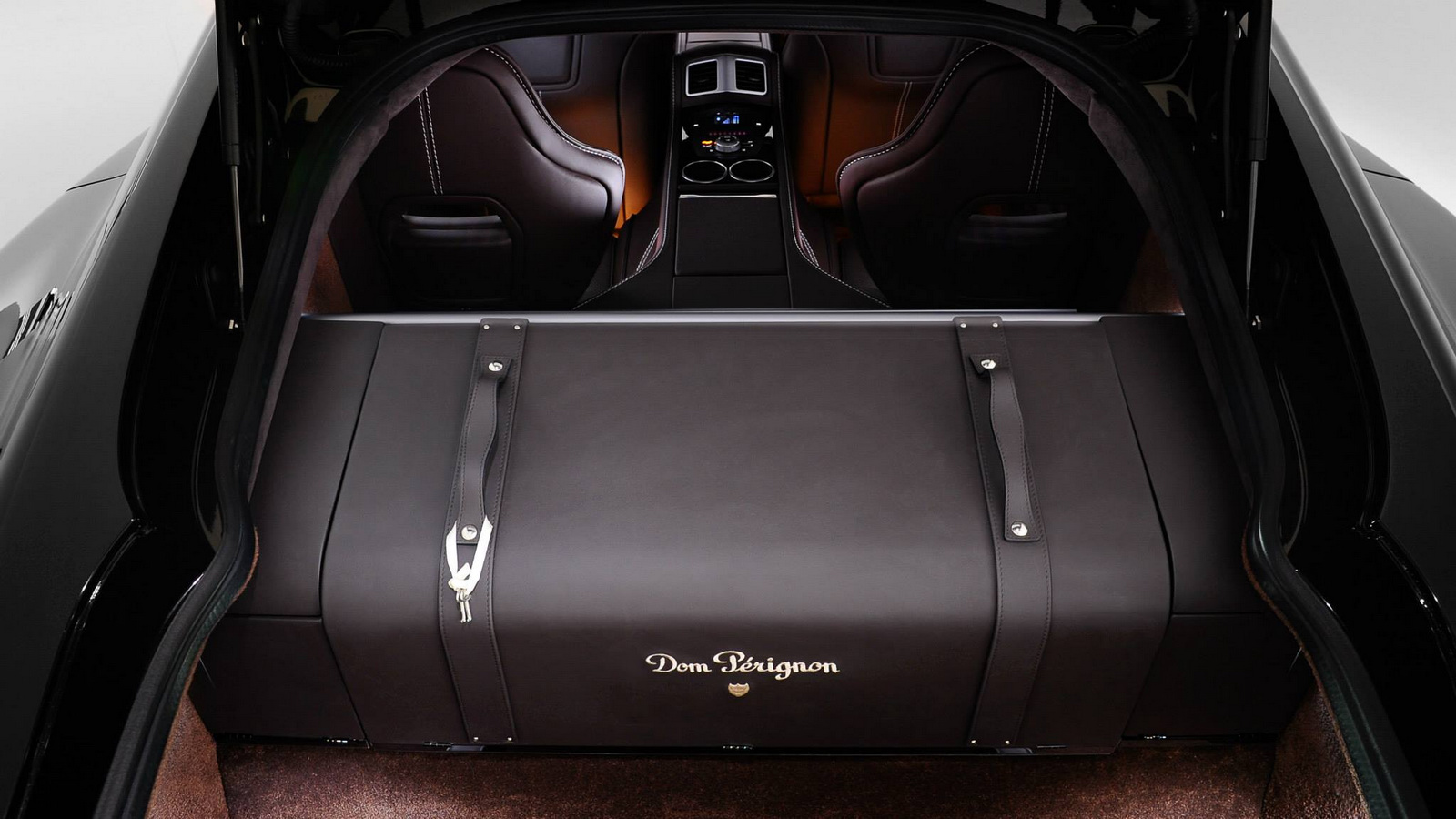 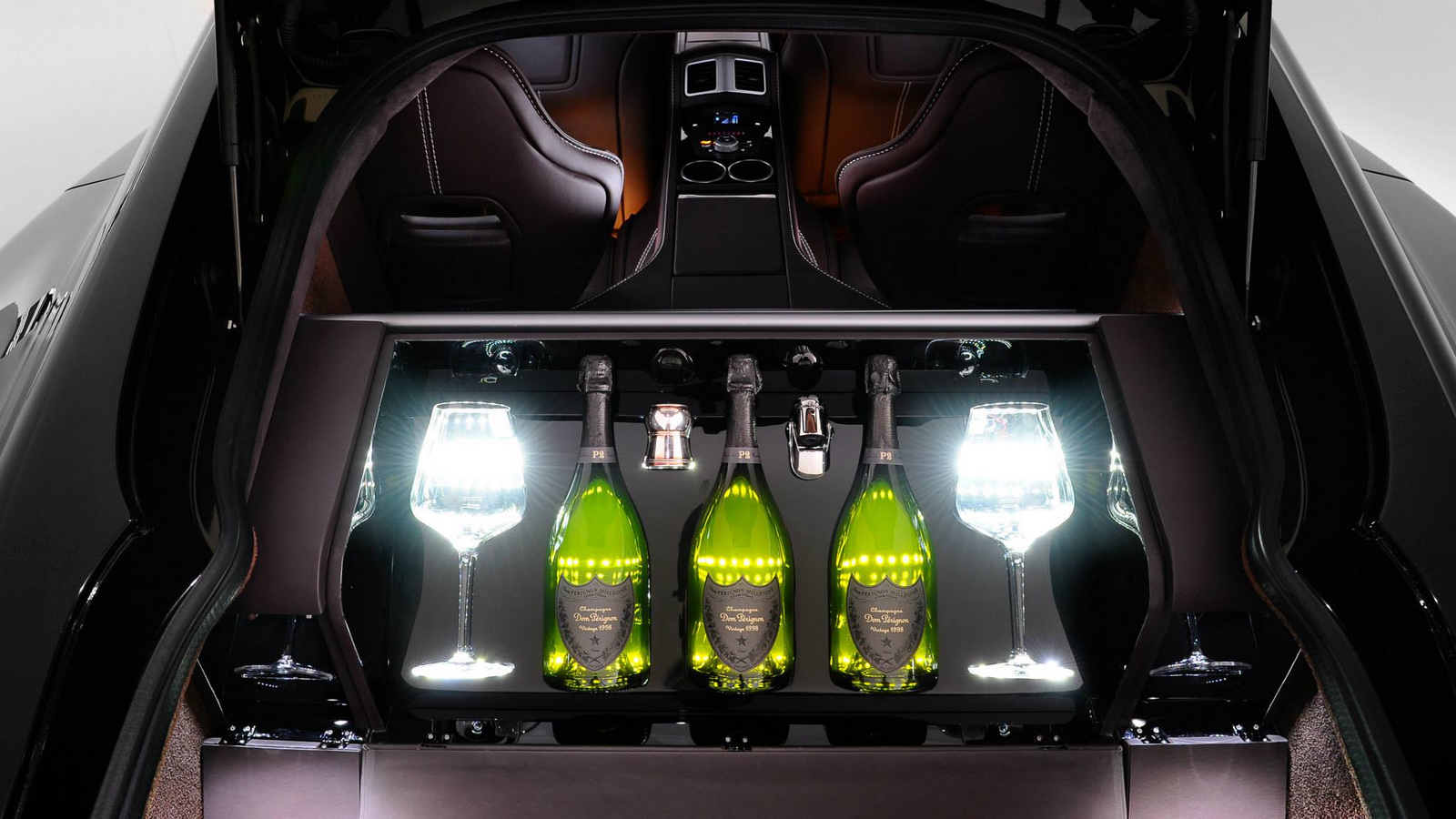