In an increasingly competitive market it’s no wonder that whisky producers have turned to ever-more eye-catching designs to catch the attention of the consumer.

Adding a splash of colour to the world’s rich whisky tapestry, the following examples stood as having done away with convention to produce some truly unique bottles.

From beautifully intricate glass blown bottles to downright wacky designs, the ever-dynamic world of whisky is never short on innovation.

Japanese producers Nikka and Suntory deserve a special mention for their efforts in releasing some of the most unusual bottlings in recent times. Others meanwhile have latched onto historical milestones in order to transform their whisky into a cult collectors item.

Click through for a round up of our favourite whisky bottle designs….

Do you have any further suggestions? Please leave a comment below. 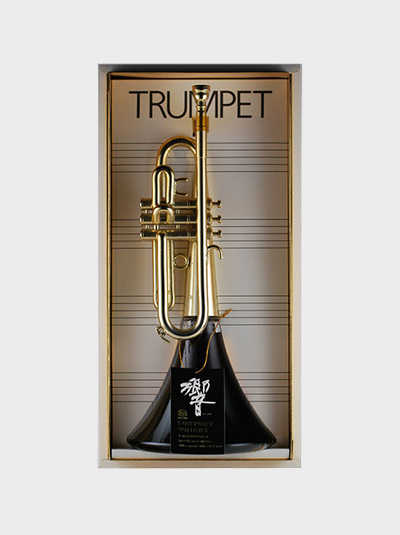 This trumpet-shaped bottle was released by Japanese whisky-make Suntory in the 1990’s to celebrate is 90th anniversary. It contains Hibiki whisky produced by the Yamazaki and Hakushu distilleries. Hakushu is the highest operational distillery in Japan standing 2,000 feet above sea level. This bottling currently retails at around $550. 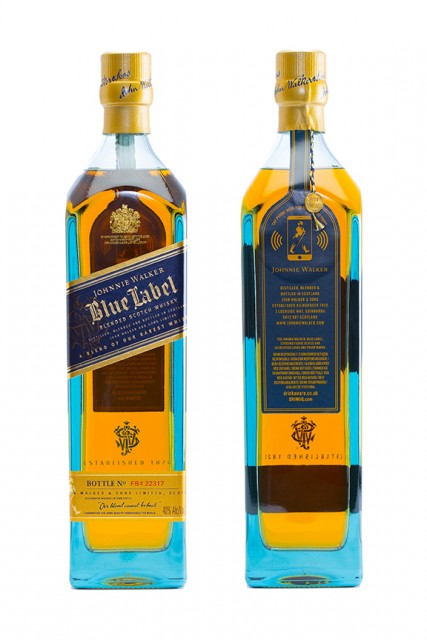 Not currently available to purchase, Diageo gave a hint as to the possible future of spirits design unveiling its Johnnie Walker Blue Label smart bottle prototype earlier this year. Using patent-pending OpenSense Technology, extremely thin, electronic sensors can tell if the bottle has been opened and where it is in the supply chain. Not only do these sensors allow Diageo to send information to customers who scan the bottle with their smartphones, but update that information appropriately. For example, Diageo could send promotional offers to a consumer’s smartphone while the bottle is in the shop, but change that information to cocktail recipes once the sensors recognise that the bottle is at home and has been opened. 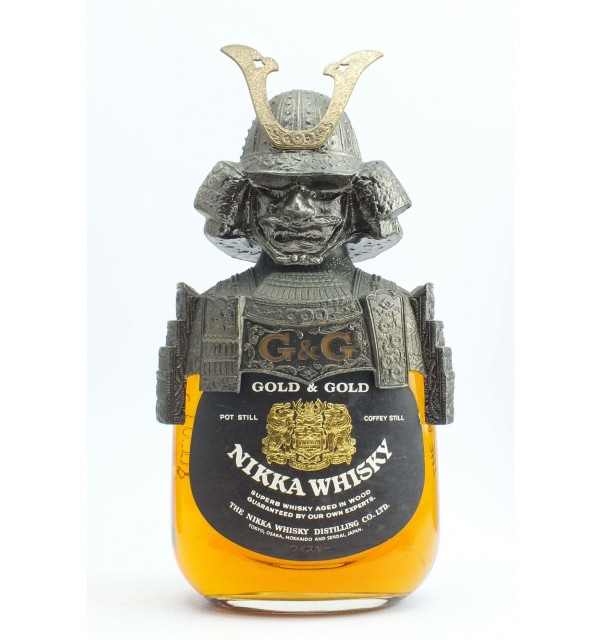 This blended whisky created by Japanese producer Nikka comes with its own metal Samurai helmet and armour. It was initially launched as a duty free exclusive for US$250, but is available on various auction sites selling for around £100 ($180). 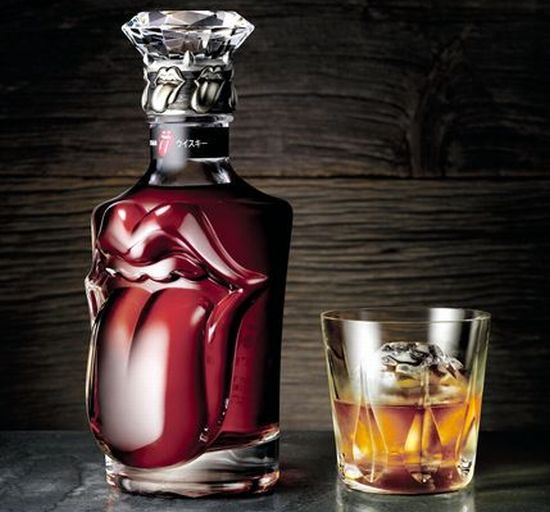 Suntory released 150 of these limited edition “tongue-shaped” whisky bottles to mark the 50th anniversary of The Rolling Stones in 2012. Priced at US$6,300 a bottle, each featured a crystal stopper and black leather display case. 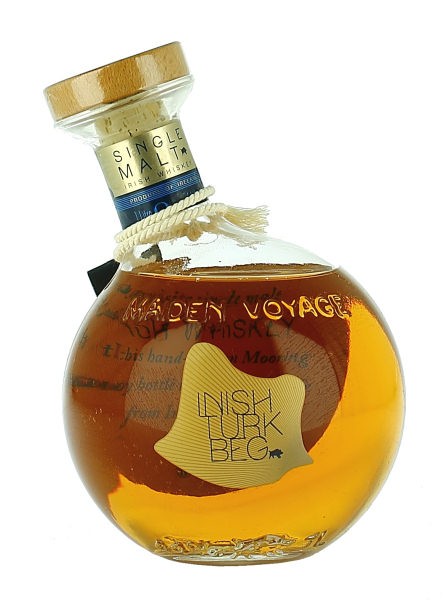 Created by Irish whiskey distillery Cooley, only 2,888 off-kilter, buoy-shaped bottles of Inish Turk Beg were produced. After distillation, the whiskey was taken to the island of Inish Turk Beg off the coast of Ireland to mature, finished in Poitin casks. The whiskey was reduced to bottling strength using rainwater collected on the island. The bottling original cost about £125, but has now been discontinued.

Distilled in 1957 and bottled in 2011, only 12 bottles of Bowmore’s 54-year-old exist in the world. The bottles were hand-blown and sculpted by glass artists Brodie Nairn and Nichola Burnsinto into the shape of waves, which “constantly crash against the No. 1 Vaults’ sea-facing walls” where the whisky was matured. The glass is inlaid with flecks of platinum and has a platinum collar, hand-engraved with the bottle’s number and spirit strength. The number one sold for £100,000 (approximately $160,000) in 2012. 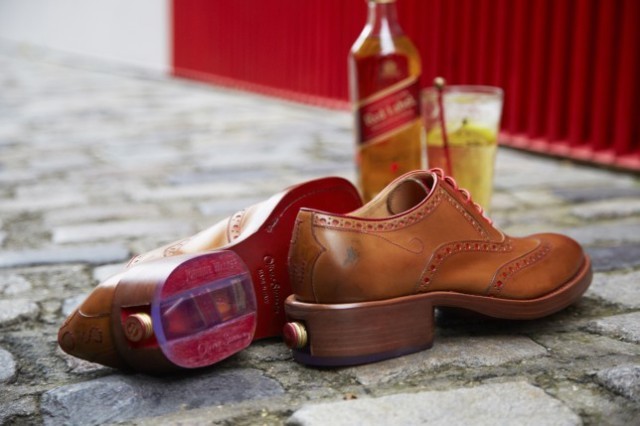 Not strictly a bottle, but an interesting whisky container nonetheless, a London cobbler released a pair of Italian brogues with space to stash a miniature bottle of Johnnie Walker in each heel earlier this year. Oliver Sweeney teamed up with Johnnie Walker to launch the Johnnie Tan Leather Brogue, priced at £295 a pair. Each handmade shoe comes with a miniature bottle of Johnnie Walker Red Label whisky in its heel, custom-embroidery, a striding man tattoo, red suede lining in the heel compartment and a transparent top piece to display its secret stash.

Diageo launched a range of limited edition bottles of its J&B blended Scotch in 2013, having teamed up with a tattoo studio in Paris. Each bottle was covered in latex and hand-inked to make it look like human skin. The design was inspired by tattooing practices in the late 19th century – the same period when J&B whisky first launched. Only 25 skin-coloured bottles of J&B blended whisky were produced, tattooed by hand and sold in two stores in Paris. 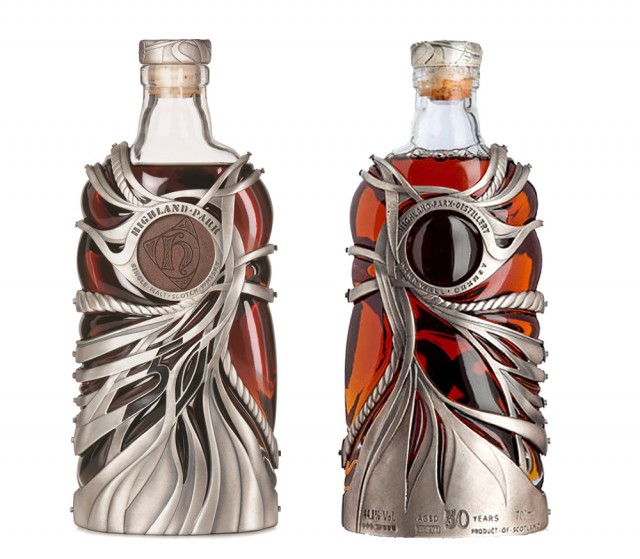 This striking bottle is the work of internationally-renowned Scottish designer Maeve Gillies, who was commissioned to design the bottle for Highland Park’s 50-year-old expression. Each bottle is hand-crafted and wrapped in sterling silver with the number “50” intertwined in the nautical-inspired design. A piece of Orcadian pink sandstone, sourced from the quarry that built the 15th century St Magnus’ Cathedral in Kirkwall, is inscribed with the Highland Park logo and set in the front of the bottle. The bottle is presented in a hand-carved Scottish oak box.

The expression remains the producers oldest release to date. Only 275 bottles were produced.