The traditional wine list is dead according to the former wine buyer and head sommelier of the Soho House Group. 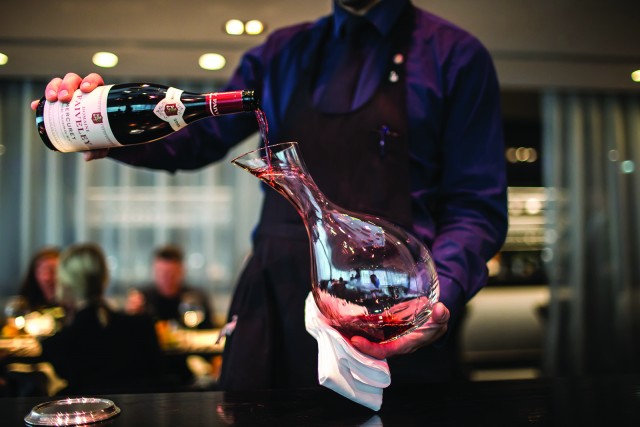 Speaking at a seminar during the London Wine Fair, Christopher Cooper of drinks consultancy Drinkonomics said:

“Wine lists are becoming obsolete – sommeliers need to be much more creative than they are at the moment and start delivering complete drinks lists.

“The standard wine list is dead – boring lists and wine bibles are crap and don’t fly. People are seeking something more concise.

“Wine should be more enjoyable and fun. It’s not the only thing people are drinking in restaurants now so the category has increasing competition.

“The hospitality industry is too focused on wine – sommeliers and wine buyers need to start thinking outside of the box.

“In some instances, consumers are being forced into buying wine rather than other drinks in restaurants as it’s profitable – there is often no alternative.

“Sommeliers need to work harder, take more risks and open their eyes to the bigger world of drinks, taking in beer, cider, cocktails and spirits.”

In terms of what he believes consumers are seeking from a wine offering, Coopper put “freshness, vibrancy and excitement” at the top of the list.

“A good wine list is one that’s balanced, quirky, varied and well thought out. You need to fill a list with exciting wines people want to buy and shouldn’t be afraid to inject some humour into it – avoid boring tasting notes at all costs,” he warned. Cooper singled out London as spearheading more diverse drinks lists.

“The best restaurants in London aren’t just about wine. There has been an explosion of new drinks brands onto the scene and millennial consumers are keen to taste them.

“Younger consumers are curious, keen and willing to spend a bit more on a decent bottle of wine when they go out,” he said.

“Saké is a big deal and sommeliers need to get their heads around it. Craft beer is also hugely important and should be served in Michelin-starred restaurants. The revolution is here.

“There’s also a growing interest in locally made drinks like mead and perry. These shouldn’t be a token gesture on a list, they should be done properly,” he added.

Cooper thinks sommeliers could learn a lot from bartenders and their open-minded approach to flavours and ingredients. He also said social media could “make or break” a restaurant.