The Macallan’s world record for the most expensive whisky sold at auction has been officially confirmed by the Guinness Book of World Records, following the sale of its “M” Imperiale in Hong Kong last year. 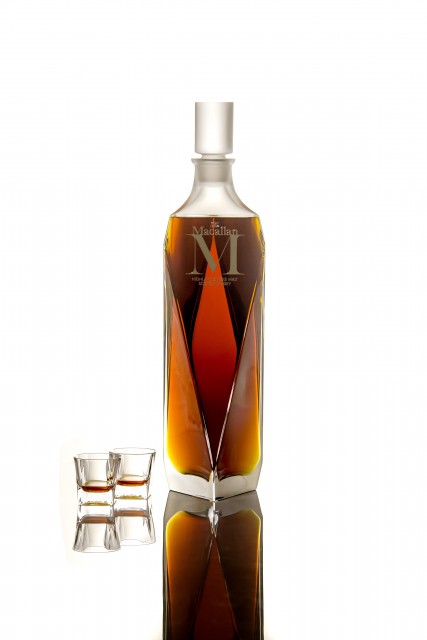 The Macallan M Imperiale 6-litre Lalique decanter sold at auction in Hong Kong for US$628,000 in January 2014, breaking the previous record of $460,000 which was also held by The Macallan in Lalique Cire Perdue.

David Cox of The Macallan said: “To achieve this record for a second time is an outstanding achievement for The Macallan and is testament to the appetite for such exceptional and special creations with our long standing partner, Lalique. M Imperiale is the largest decanter Lalique has ever made and the largest The Macallan has ever filled. It truly showcases the combined talents of one of the world’s great designers (Fabien Baron), the finest of crystal makers and makers of one the world’s great spirits, The Macallan.”

Lalique created four ‘M’ decanters, each requiring the work of 17 craftsmen and 50 hours to complete. Of the four, two have been archived by The Macallan and one has been committed to a private collector in Asia.

The fourth, named Constantine and sold to an anonymous buyer, is the only one to feature the engraved autographs of the three principal creators – Lalique/Silvio Denz, Fabien Baron and Bob Dalgarno. Constantine was presented at an auction of Finest and Rarest Wines and The Macallan by Sotheby’s, in Hong Kong, on Saturday, 18 January, 2014.

All net sale proceeds have been donated to local charities in Hong Kong.