A synthetic alcohol that can replicate the sensation of feeling ‘tipsy’, but without causing a hangover, has been developed by a London scientist. 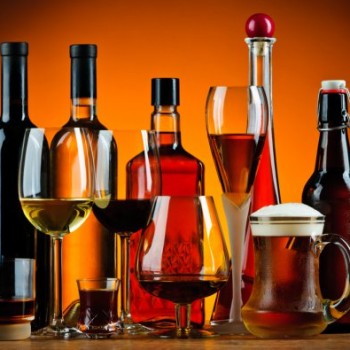 Professor David Nutt, a neuropsychopharmacology professor at London’s Imperial College, has developed two drugs that could eliminate hangovers and wean those who drink to excess off alcohol to prevent damage to their health.

As reported by The Telegraph, “alcosynth” is a non-toxic inebriant that mimics the effects of alcohol, but removes the risks of hangovers and liver damage. The substance derives from the Valium family but is not addictive, which Nutt claims prevents withdrawal symptoms.

Meanwhile “chaperone”, counters the effects of alcohol when taken while drinking, making it impossible to become drunk to the point of incapacitation – essentially a “sober pill” that could be popped while on a night out.

Nutt, known as the drugs tsar fired by the British government in 2009 for proclaiming that horse-riding is more dangerous than ecstasy, claims human trial and legal bills for introducing the drugs will run into the millions, but has plans to secure a backer from the pharmaceutical industry.

Danish pharmaceutical company Lundbeck recently launched Selincro, a drug that reduces the craving for alcohol, proving interest in the market.

Nutt believes the savings to the NHS and the long-term health benefits to society should convince the Government, and the drinks industry, to take him seriously.

“The drinks industry should see this as a natural stage in the evolution of their products which will ultimately help them avoid expensive litigation costs,” he said.

While acknowledging that synthesising a drug to replace alcohol sounds extreme, Nutt pointed to the tobacco industry and the pace at which e-cigarettes have been accepted – an invention that would have been similarly dismissed years ago.

A spokesperson for the Wine and Spirit Trade Association said such drugs would have “a lot of problems” under EU law, adding that it was “not something our member companies would consider.”