Two of Bordeaux’s leading players speak to the drinks business about the volatile Chinese market and the current mood among négociants. 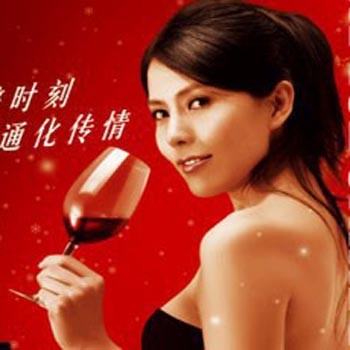 n 2012 Bordeaux shipments to China peaked at six million cases, a staggering 39 fold increase in a decade. Since then it has tumbled with the latest figures 25% down. After a recent visit there, Allan Sichel, CEO of Maison Sichel and VP of the CIVB, told the drinks business how the government crackdown on conspicuous consumption has “hit us very hard, very suddenly. What we were expecting was a gradual levelling off and stabilising in China. Instead there was decline, but I’ve no doubt we will be able to regain progressively the volume and value we have achieved.”

“The market has changed from a market that was a bit everywhere. A lot of people got into it, a lot of non-professionals, and it created a sort of bubble, but now it’s a real market with real people.”

He advised speculators to go elsewhere. “If you’re looking to make a quick buck, China is not the place to go to today, but there is plenty of opportunity for the future. The speculation end of the business has gone out and it is now a real distributors’ market.”

Sichel accepted that any Chinese who had paid top dollar for Château Lafite might well feel aggrieved, but insisted it was “not at all representative of Bordeaux’s performance in China. What we’re really talking about is Bordeaux progressing in the middle market. China is gradually moving away from entry-level, cheap wines and also from very expensive wines.”

In terms of speculation, he said: “Speculators will be on the market when there is money to be made, and I’ve no doubt that period will return. That’s the way Bordeaux functions in cycles. Fundamentally what Bordeaux is looking for and what these grands crus are looking for is real consumption from people who want to drink the wines.”

As highly-priced cases from 2012 pile up in négociants warehouses, with the unloved 2013’s not far behind, the ‘Place de Bordeaux’ is under a certain pressure.

“I think the most dangerous thing is that we do find it’s possible that people who are caught out with cash-flow difficulties need to load off a bit of stock,” Sichel admitted. However he insisted there was no sense of panic and said: “Right now everyone’s very motivated to make a success of the 2014 campaign.”

Castéja added that he saw no parallels to 1973 which saw a wave of bankruptcies among négociants.

He pointed to the wine scandal and global oil crisis that preceded the 1970s crash. “Also interest rates were then 15% a year. Now they’re 1-2%, so the cost of handling stock is different, It’s a different ball-game.”