A controversial sparkling wine called 72 Virgins is being sold to raise funds for an anti-Islamic organisation in Australia.

Sales of Hal & Al’s 72 Virgins, a reference to the reward Jihadi martyrs believe they will receive in Paradise, will raise funds for the Q Society which calls itself “Australia’s leading Islam-critical movement”.

Founded in late 2010, the organisation claims that Islam is not just a religion but a “political, legal, financial, social and military doctrine” that it believes has led to discrimination, violence and anti-democratic practices.

The label of the 2014 sparkling Brut reads: “Consumption of this Australian wine may prevent you from entering the Islamic Paradise. However, both the Jewish and Christian paradises remain open as alternative.”

Rather than causing offence, the group said the label was merely a “conversation starter” and was a “lighthearted take on an otherwise serious subject”, adding that “satire and a good laugh are valuable weapons in this culture war.”

Speaking to Australia’s News.com, Q Society president Debbie Robinson said sales of the wine had been strong but that it was something “not meant to be taken too seriously.”

When asked if she thought the wine might offend others, she said people were “offended by all sorts of things”, adding that she didn’t find it offensive.

Funds raised by the sale of the wine will be used to bring in oversees speakers and help the society to continue its work in educating Australians on the “Islamisation” of their country, according to Robinson.

On its website, the organisation states: “Q Society supports an integrated multi-ethnic Australia and rejects racism, which the Oxford dictionary defines as: “Belief in the superiority of a particular race.” Since Islam is not a race or ethnicity, being critical of Islam is not racist.”

Explaining why it opposes Islam, the group states: “Islam is not just a religion. It is also a political, legal, financial, social and military doctrine which extends to all facets of Muslim life, the cultural and legal landscape of where Muslims live and how to treat non-Muslims. Islam makes it obligatory for observant Muslims to assist in extending the rule of Islam across the world. For too long Islam has enjoyed immunity from necessary analysis, due criticism and debate because of its status as ‘just a religion’.”

The wine itself, sold at AUS$72 for a case of six, is described as a “very drinkable” Australian sparkling wine sourced from a “renown wine grower in the Barossa Valley”. 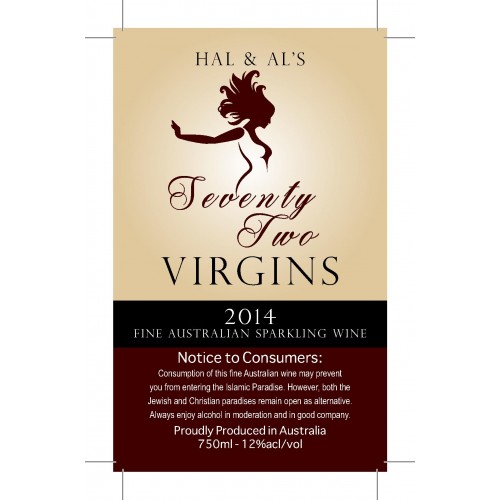 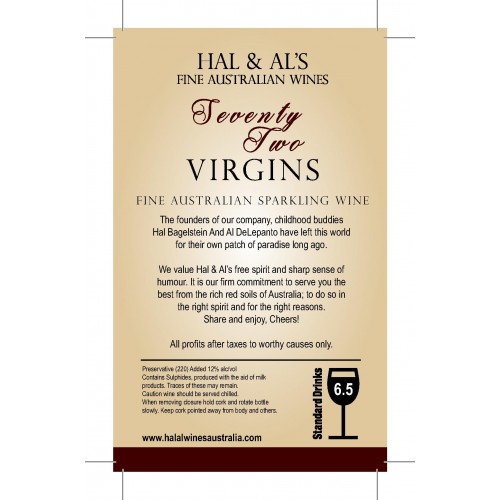