From TV to the Wine Gang and now her first book, few people are spreading the wine word as widely as IWSC Communicator of the Year Jane Parkinson. 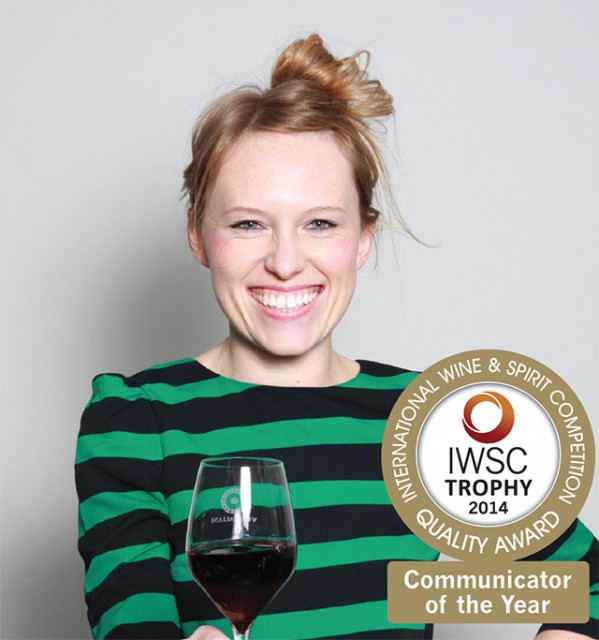 How did you catch the wine bug?

At university, more specifically the year I studied in Dijon. I needed to conduct all my research for my final year’s dissertation during my time in France. Burgundy was on my doorstep, so it made sense for the subject to be wine. I was blissfully undaunted by all the incredible producers I met during that time, purely because I was so ignorant, so when I think back to that time today it makes me both cringe and feel proud in equal measure!

You recently joined the Saturday Kitchen wine team – how have you found the move into TV?

I love to talk and especially to talk about wine to people, and I had done quite a lot of filming before, just not specifically for TV. But I’m still talking to people through a lens, so I would like to think that it has been a pretty smooth transition.

How can the trade improve the way it talks to consumers about wine?

Interesting question! Well, far be it for to say what people should do or even whether it needs to improve, but all I would say is that everyone – whether an importer, a merchant, a sommelier, journalist, a communicator – has their style, their own voice and their own audience. That’s what makes the industry – and the wines we have in the UK – so brilliant and diverse, and I think people should be true to that. There’s nothing more transparent than someone faking who they are or what they’re about. Consumers don’t need to know anything about wine to pick up on whether the passion, style and knowledge is genuine.

Are there any regions or styles that we should be re-evaluating at the moment?

Re-evaluation of wine regions and styles is a perennial process. As tempting as it is, I don’t think we should ever be complacent about any style, region, or grape. And I think that’s especially the case today when forces at either end of the spectrum can change a wine’s personality so much. By that I mean not only has technology never been so advanced but there have never been so many people obsessed with making minimum-intervention wine, which, when taken to the limit, can render a wine origin-less in character.

We hear you have a book coming out – what sort of audience is it targeting?

You hear right! It’s called Wine & Food. The audience? Anyone who loves flavour! The flavour of wine, the flavour of wine and food together – all of it. The book is written in a very conversational tone, as though I’m talking to friends over dinner when they’re looking for answers to questions that they think are embarrassing but are usually very reasonable things to ask, both about wine and matching wine with food. Plus it’s dotted throughout with pages that will hopefully be an extra little guide for people about wine in general and what’s happening in the wine world today – such as explaining oak; matching wines with takeaway food; the difference between organic, biodynamic, and natural; and why Sherry is now back on people’s must-drink list.

Any other projects we should know about?

Well, The Wine Gang has its best ever line- up for this year’s Christmas fairs, and some exciting new plans on the horizon for 2015, which I can’t go into just yet – is this where I can plug our website winegang.com to say “watch this space”?! Also, I’m just in the process of contributing to another book, called 30-Second Wine, which I believe is coming out in 2015. 

Veronafiere is the major Italian trade show company directly organising its international fairs and events, among them Vinitaly, one of the world’s largest international wine and spirit exhibitions with more than 4,000 exhibitors and 155,000 visitors in 2014. The date of the next event is 22-25 March 2015.

Veronafiere created and has sponsored the “Communicator of the Year” award since its inception in 1996, when Jancis Robinson MW became the first to receive the accolade. The award has been designed to recognise an individual or organisation whose communication skills have made an exceptional contribution towards promoting and increasing public awareness and interest in wines and spirits over the previous 12 months, whether through publishing, journalism, new media, radio or television.