Liv-ex: Haut Brion on the rise

New figures released by Liv-ex show Haut Brion, the perennial “also-ran” among First Growths, pulling away from its rivals. 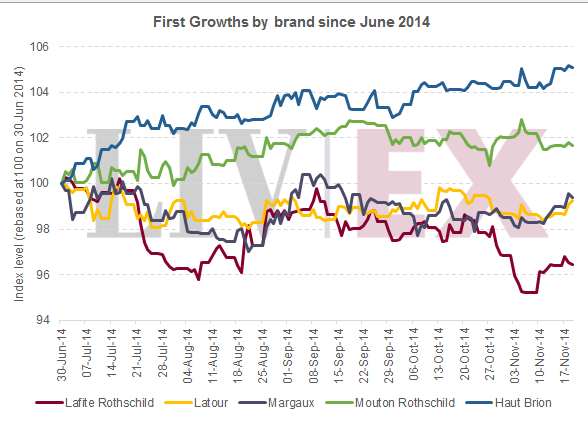 “Haut Brion has never sold at a premium, at least not in the last generation or two,” said Liv-ex director Justin Gibbs. Yet over the last five years it has enjoyed “the best average score and lowest average price.”

Since the end of June it has outperformed Mouton Rothschild – the only other first growth to have increased, and is nearly nine points above the worst performer – Château Lafite Rothschild (see above). 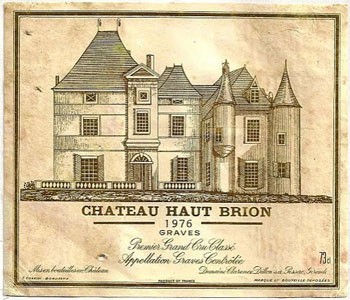 “The Lafite unwind is probably near its end, but it’s not quite there yet,” continued Gibbs, on the Château’s spectacular rise and fall.

The boom took Lafite to a 130% premium over the other First Growths by the end of 2010. The subsequent bust has narrowed the gap significantly and, according to Gibbs: “the Liv-ex 50 continues to be under pressure because of that Lafite pull-back.”

The index, which tracks the first growths over the last ten vintages, hit its lowest level since December 2009 on 6 August this year. Since then it has rallied slightly – up 1.1%.

Explaining what happened, Gibbs said: “In our view Lafite were at the top of their game in the early 2000’s, and had no policy of holding back stock to any great degree. This meant merchants had stock to sell and so backed the brand. When you get something breaking away and becoming ‘the darling’ of the market, you get speculators speculating around that.”

When Lafite stoked up Chinese demand by adding ‘a little red cap’ to its 2008 label, “things just went ballistic” said Gibbs. From a release price of £1,590 a case, the wine soared to an eye-watering £14,450 on Liv-ex from where it has crashed to £4,992 – its last trade on the exchange.

Anyone burnt by the fall and denied access to Latour, which withdrew from en primeur in 2012, may be eyeing up Haut Brion which certainly has form if you go back far enough. “In a Berry Bros. list from 1908,” said Gibbs, “it sold for a 20% premium over all the other Firsts. So the point is, they all have their time in the sun.”