Sotheby’s upcoming London wine sale, set to feature more than 1,000 lots of rare and classic Bordeaux wines, has been tipped to raise in the region of £1.3 million. 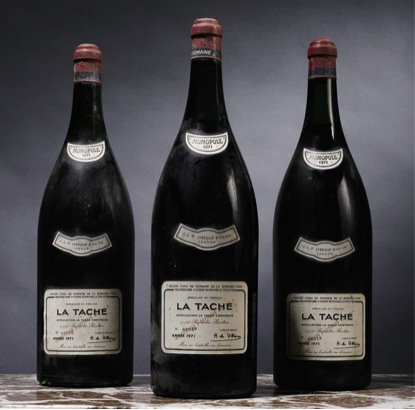 Magnums of Ausone 1921 and Ausone 1955, twelve bottles of Latour 1959, described as a “a monument to all that is great in Pauillac” by Serena Sutcliffe MW, Sotheby’s international head of wine, and Haut Brion 1961 are among the auction’s highlights.

Among the stand-out Classed Growths are four Imperials of Pichon Longueville Lalande 1982 and a large offering of Domaine Drouhin-Laroze 2003 and 2006 vintages, with estimates starting from £160.

A collection of DRC sourced from an underground cellar in Northern Europe and assemblage of Pétrus 1945 and 1947 vintages in bottles and magnums from the private cellar of a Bordelaise family are further highlights.

The second day of the sale will feature  a selection of “eclectic and far-ranging” wines from the top names of Bordeaux, Burgundy, Italy and Spain, which will give collectors the chance to purchase “ready-to-drink wines” to suit all palates and pockets.

A range of wines from the legendary Spanish winery, Bodegas Vega Sicilia and German Rieslings from Mosel Spätlese and Auslese from Dr. Loosen are set to be further highlights.

The sale will take place on 17 and 18 September.