Diageo will be able to sell bottles of its Explorers’ Club Whisky having entered into a licensing agreement with a real-life Explorers’ Club that successfully sued it for infringing on its trademark. 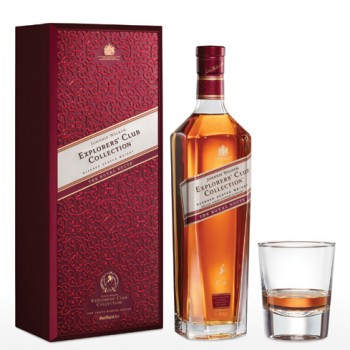 However in March of this year the real life Explorers’ Club, which is based in Manhattan and counts Neil Armstrong and Buzz Aldrin among its members, filed a lawsuit against Diageo claiming it had stolen its trademark.

In August a New York judge agreed ruling in the favour of the Explorers’ Club and asserting that Diageo had unfairly profited off its name with the range achieving about $50 million in sales.

Following the ruling, Diageo and The Explorers’ Club have now announced a global sponsorship and licensing agreement to settle all outstanding litigation between the two parties.

“This collaboration with The Explorers Club brings the history and importance of exploration to life and allows us to share our joint passion for exploration and discovery,” said Guy Escolme, global brand director for Johnnie Walker

“The Explorers Club is leading the way in world exploration, and we are privileged to be able to join them in this extraordinary effort.”

Under the agreement, Johnnie Walker has become a corporate sponsor of The Explorers’ Club, with both groups making a commitment to “promote exploration and discovery, the core of The Explorers Club’s mission”.

Alan Nichols, president of The Explorers Club, said: “With this new and exciting relationship, The Explorers’ Club will be able to enhance its grant programs, further develop its highly successful lecture series and educational events, and expand its role as the World Center for Exploration.”