A bracelet designed by students that can detect levels of alcohol in someone’s system and “check in” to ensure the wearer is conscious has been praised by Microsoft. 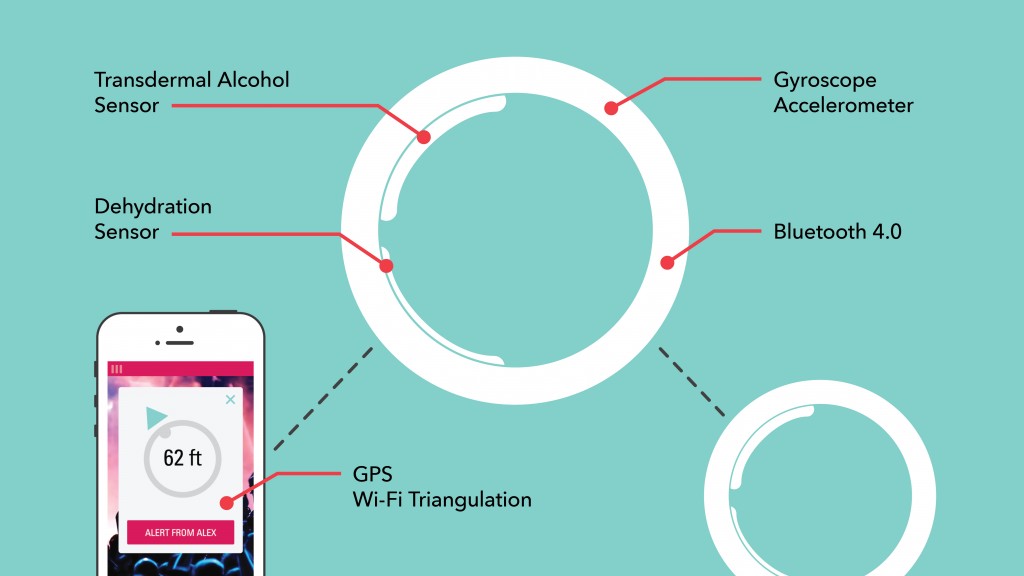 Vive, a non-working prototype designed by students at the University of Washington, was presented at the annual Design Expo at the Microsoft Research Faculty Summit this week raising some interesting questions over its practical use to prevent drunkenness and potentially dangerous situations.

The wristband monitors levels of alcohol and dehydration and will vibrate periodically prompting the wearer to “check in” by squeezing the device to indicate they are conscious and having fun.

Should a wearer not respond the bracelet is able to alert a friend via their smartphone, already linked up to the bracelet, to check they are OK providing their location using GPS.

According to hercampus.com, the idea for the device came from a conversation with the Sexual Assault and Relationship Violence Activists (SARVA) at the University of Washington.

However while the safety element might be practical, getting people to wear such a device could prove trickier, which is where the device’s social media capabilities comes in.

Hooked up to the wearer’s smartphone, the device is able to make connections with other wearers via social media sites by tapping their wrists together.

The project won “Best Product” at the Microsoft design event, which was founded more than 10 years ago by Microsoft researcher Lili Cheng with the aim of including student design teams in tech development.