New data paints a positive picture of the UK on-trade, pointing to sustained growth over the last 16 consecutive months. 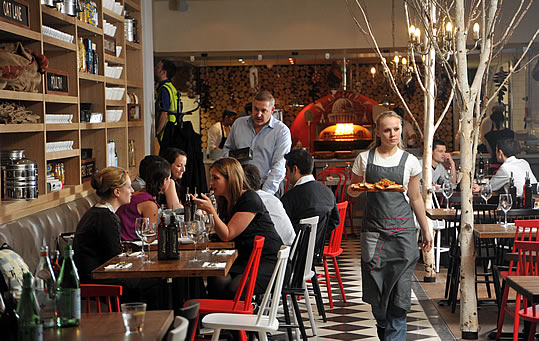 According to the Coffer Peach Business Tracker, which collects data from 28 of the UK’s biggest on-trade chains, like for like sales for this sector in July rose by 2.2%. Factoring in the impact of new openings, total sales during that same month were up 4.3% on a year ago.

Describing growth as “more steady than spectacular”, Peter Martin of CGA Peach commented: “the sector is becoming an important barometer of consumer confidence, as operators continue to invest in new sites and improving their offerings in what is a competitive market.”

Martin highlighted a particularly strong improvement from outlets outside London, which enjoyed 2.6% growth last month, compared to 1.1% for venues inside the M25.

Explaining this performance, he suggested: “This may be down to the weather, the start of the school holidays or perhaps the reported increase in ‘staycation’ holidays this year. Whatever, it will be a welcome boost as London has generally been out-performing the rest of the country.”

Paul Newman, head of leisure and hospitality at Baker Tilly, another partner in this tracker service, described the regions outside London as being “well into a period of catch up”, noting that like for like sales had outpaced those in London for three of the last four months.

What’s more, he concluded: “The UK market as a whole is still experiencing steady growth which bodes well for the rest of the calendar year.”

Among these businesses outside the UK capital, there was a positive trend for food-led pubs and branded restaurant chains, which saw combined like for like sales growth of 4.1%. In contrast, drink-led pubs and bars performed worse compared to July 2013.

Meanwhile Trevor Watson, director at Davis Coffer Lyons, highlighted the “quality, value for money and choice” offered by the UK on-trade as he commented: “Sustained like-for-like sales growth is particularly impressive when set against a background of accelerating new restaurant and pub openings nationwide.”

This positive picture for the UK on-trade supports a report released by the British Beer & Pub Association at the end of last month, which hailed the first positive quarter for the pub sector since 2011 and the biggest rise in pub beer sales since 1997.