The inaugural Global Rosé Masters heralded an uncorking of our expert judges’ views on all things pink. 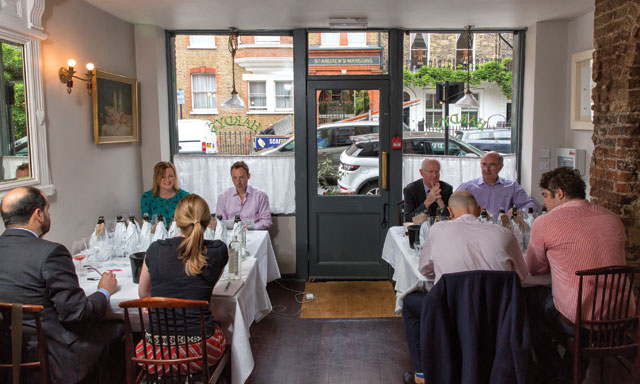 Would a rosé by any other name taste as sweet? The inaugural drinks business Rosé Masters tackled some thorny questions about this quintessentially summer wine.

Rosé is enjoying its time in the sun — literally and proverbially. Summer is when rosé comes out from the hidden pages of wine lists and the corners of shop cellars and takes pride of place.

Indeed, such has been its commercial success in recent years that the category is now breaking beyond its seasonal and gender-based pigeon holes to secure year round popularity among consumers.

Our Rosé Masters showcased the broad range of pink wines available in the UK, and the countless countries that produce them for us. In keeping with the approach adopted through the Global Masters Series, we divided the wines into flights in order of ascending price within three larger categories: sparkling rosé, dry rosé (including all still wines with less than four grams of residual sugar) and an off- dry rosé category, made up of still rosés with over four grams of residual sugar.

While the Rosé Masters saw myriad styles represented, from bone dry to sweet, still to sparkling, early drinking to age-worthy, one of the major points of debate it provoked among judges was the influence that colour has on the category.

Although residual sugar levels in the wines provoked perhaps the most dissent among judges, it was the colour spectrum, from the lightest hint of pink to translucent ruby that generated a considerable amount of discussion. What colour should a rosé be? Pink, okay, but aside from that the jury was out.

What was clearer than a Côtes de Provence was that while quality and value exist across the range, everyone has a personal view of what constitutes good rosé. The panel of MW and MS judges did an expert job of putting aside preconception and personal preference to focus their assessment on balance and, an important factor for rosé, refreshment.

It no longer makes the front page when English fizz receives plaudits but it was interesting to see this country take two of the top three medals in this class alongside an Italian.

France and Spain were predictably well represented here, but Greece, South Africa and Chile, none of whom have a global reputation for sparkling wine, held their own against wines of very high quality, broadening the base against which the judges could award their scores.

With few exceptions, when buying sparkling rosé you get what you pay for.

The wines that dominated the sparkling category were universally in higher price ranges. That said, although less expensive examples often lacked the complexity of pricier competitors, there were an impressive number in the sub-£10 range that punched well above their weight.

“There really are sparkling rosés for all occasions,” commented Matthieu Longuère MS, head of wine development for Le Cordon Bleu in London, who praised the broadness of appeal from “inexpensive, clean, obvious and relatively simple” to “more complex and developed” styles.

MARK SAVAGE MW
“I am a big fan of good rosé wines and drink plenty of it all through the year, not merely in the summer months. I think that producers should be encouraged to be more ambitious in the category and try to vinify in a way that will produce real originality. Vitality is essential and too many wines were rather lifeless and dull. Good rosé can be made to sing and there is, I believe, a lot of scope and much unrealised potential in the category.”Longuère mused on how different styles could suit multiple occasions: “The Champenoise typically look at pink Champagne as more for food and it can fit this purpose, but sparkling rosé can also cater to a night out in a bar when it’s simple and refreshing.”On the varietal front there were few surprises. The “classic” Pinot Noir, Pinot Meunier and Chardonnay combinations dominated, although not without the occasional exception. A Manzoni Moscato, described as “alluring, lively and light footed” by one judge, was the aforementioned Italian awarded the third gold medal. 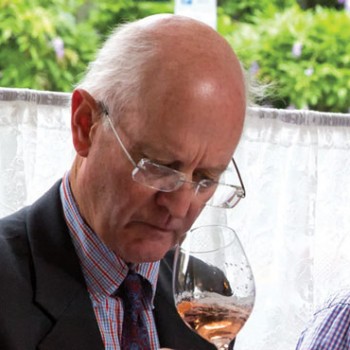 Price points were less important in deciding the still rosé results. Although French rosé dominated and Grenache played a part in the vast majority of medal winners, it was the combination of colour and sugar that got our judges talking.

“What does one look for in a good rosé wine?” asked Mark Savage MW of Savage Selection — a question that hung in the air for the rest of the day.

Could it be colour? From pale to borderline red, everyone agreed that rosé has a wide spectrum of acceptable hues. The only real issue, ventured Savage, was when “wines simply failed as rosé because they were about as pink as good Muscadet,” i.e, “not very pink at all.”

As a rule the Provençal rosés were a pale, salmon pink whereas the examples from warmer climates such as Spain and southern Italy tended towards the darker end. There were obvious exceptions though and the New World wines went either way.

PATRICK SCHMITT
“Our inaugural Rosé Masters certainly highlighted the wide range available within this sector, which is, after all, defined by nothing more than its colour. With wines ranging from the lightest of pink to translucent ruby, from bone dry to sweet, still to sparkling, and almost weightless rosés to oak-fermented, age-worthy examples, every possible style was represented.” 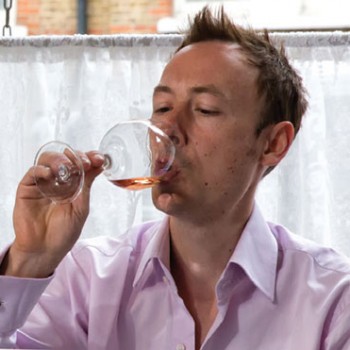 The question of colour was ultimately one of individual producer preference. If a rosé was pale, was it by rights better than a rosé which was darker? Many winemakers seemed to think so, and this was supported by the number of winemakers who, given the choice, opted for a paler style irrespective of climate.

Hugo Rose MW of the Wine Investment Association urged judges to remain open minded: “Different colours and different wines for different people,” he said, calling for colours to be regarded equally from a commercial perspective.

While few would reject the idea that scope for individuality and choice of stylistic preference is wholly positive, the scores told a different story: insofar as style, paler wines almost universally scored higher.

So maybe colour is important after all. But where does that leave style?

“It’s great to talk of individuality but how do we communicate it?” asked Savage. Later in the day Rose made a very similar point, “How do we award the same medal to two examples if they are polar opposites?”

Then, taking a different tack, Savage queried whether the expectation with rosé is to avoid individuality. “I would like to think that rosé wines could achieve a distinct personality but that seems to be asking too much,” he remarked. Despite the strong performance of pale rosés, the broader scoring and medals were still generally positive in regards to the darker pours, particularly those from Spain, whose wines left with the second biggest medal haul after France, while Italy and South Africa also showed well. 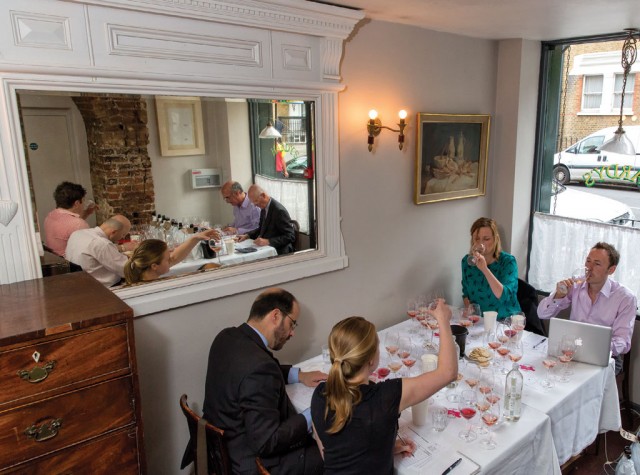 Challenging the idea that rosé is simply a bit of fun was Domaines Sacha Lichine’s Château d’Esclans, the only wine of the day to be awarded a Master, the competition’s highest accolade. One judge described it as ”intriguing, attractive, not just fruity, nice texture, good depth, lovely finish.”

Along with this Master were four golds, including two from Provence, one from Minervois and one from South Africa — all of them pale pink.

So how do you appreciate a style if you don’t understand it or wouldn’t drink it at home? This was the key question raised when discussing the rosé with higher residual sugar, a broad category ranging from 4-100g/l.

More importantly for the consumer, how do you label and define styles which offer a sweeter style? Should there be an indication of sugar on the bottle, a dosage system along the lines of that which is applied in Champagne? Or should we refrain from creating more brackets so as not to confuse the consumer?

In short, while the judges were able to recognise the instant appeal of sweeter styles, as well as the food-matching possibilities for fuller, darker or oakier rosés, there was nothing so pleasing as the archetypal Provençal rosé.

As Savage put it: “The normal context for drinking rosé is a warm summer day, probably outside, with or without food.

Not a lot of concentration in terms of careful sniffing and swooshing round the palate is in order for the drinker.”

That outdoor summer drinking occasion colonised so naturally and successfully by rosé may indeed mean it continues to be judged by rather different criteria to other categories of wine.

However, at a time when rosé’s popularity is seeing its reach extend well beyond a garden setting, this year’s Rosé Masters demonstrated that today’s category offers both the stylistic diversity and calibre to make even deeper inroads into our drinking repertoire.

Scroll through to see the results from each category…