Ban on booze for baboons

The Kenya Wildlife Service (KWS) has warned tourists travelling through the Nakuru-Nairobi highway not to give alcohol to baboons. 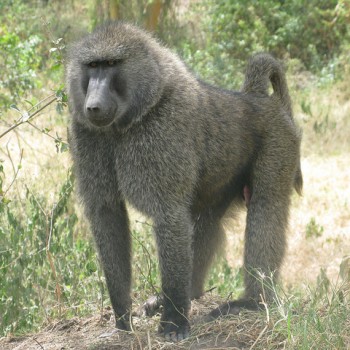 While it is not clear how frequently people choose to give alcohol to monkeys, it is apparently enough of a problem for the KWS to issue to warning to travellers, as reported by Kenya’s Daily Nation.

Speaking in Naivasha, a town which links the city of Nakuru with Kenya’s capital Nairobi, William Kibet Kiprono, KWS director, said: “Doing so is irresponsible and careless, as it poses a huge risk to motorists driving near Gilgil Town.

“Liquor has the same effect in animals as on human beings. They might become violent, or distract road users, causing accidents. They might also start fighting people and cause death if unchecked.”

Around 7,000 baboons are believed to live outside nature reserves, and have been branded by locals as a menace.

One farmer told The Nation: “They eat our goats, and we have been unable to plant food for the last three years”, with another added: “We chase 20 monkeys every night. They enter our kitchens and steal food.”

The law already stipulates that people should not feed wild animals.