A wildfire has swept through Napa’s Pope Valley destroying nearly 4,000 acres of land, but the wine region’s valuable vineyards are not yet affected, writes Simon Howland. 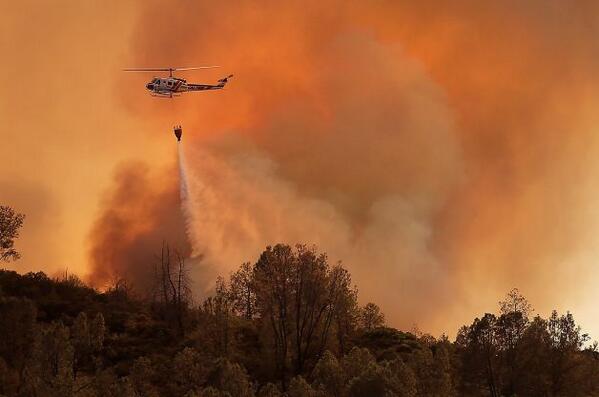 Up to 800 firefighters and 132 fire engines are working to control the blaze, aided by helicopters and fixed-wing tankers, with the latest update from Cal Fire listing the fire’s spread as 3,800 acres, 30% of which has been contained.

According to Houston Chronicle, the fire has damaged several homes and forced the evacuation of over 200 more since it broke out on Tuesday, but currently poses no threat to Napa’s vineyards.

Speaking to the paper, Cate Contiff, a spokesperson for Napa Valley Vintners, said there was no reason for the wine trade to be concerned.

“It has not come anywhere close to what we consider Napa Valley wineries,” said Contiff.

But Contiff also commented that they’re watching closely as the fires progress, ”It is moving in the opposite direction, and it continues to move that way. We’re keeping an eye out on it.”

John Mclaren, from the Wine Institute of California in the UK, said that that the situation was under control, “They seem to have the fire contained and the temperature dropped over night which helped.”

“And while it is a huge fire, it’s quite a way East of the Napa wineries at this time.”

As reported in the drinks business the current dry spell in California could pose an ongoing threat to the vineyards of California with the region currently experiencing one of the driest years on record.

“The fire department say wildfires could be a problem this season, it’s so hot and dry,” Mclaren said.

The fire itself is not the only problem the region faces, because there’s always a risk of smoke taint.

As reported in the drinks business in March, smoke taint from Australian bushfires has been shown to have a negative impact on wine produced in affected areas.

But McLaren assured the drinks business that this was unlikely to be an issue in Napa.

“The Central Coast had trouble with fires three years ago and there was talk of smoke taint but I’m not really sure about the real impact.”

Last night a spokesperson for Cal Fire said: “Fire Crews continue to defend structures, construct hand line and use bulldozers to strengthen control line around the fire perimeter. Damage Inspection Teams are assessing affected properties. CAL FIRE/Lake Napa Unit, Napa County Fire and Napa County Sheriff’s stated great success with evacuations due to local residents being prepared. Every effort is being made to render the evacuated community safe for repopulation.”

Today, the US drought monitor deemed around 70% of California as currently experiencing “extreme drought” and the remaining 30% classified as suffering “exceptional drought”, the highest level. 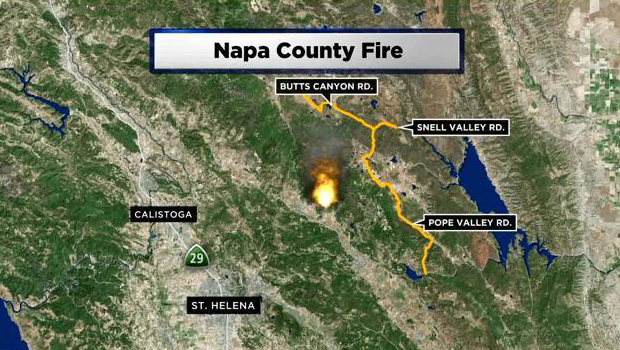