Malibu Coast in California has joined the ranks of America’s viticultural areas after a three year application process. 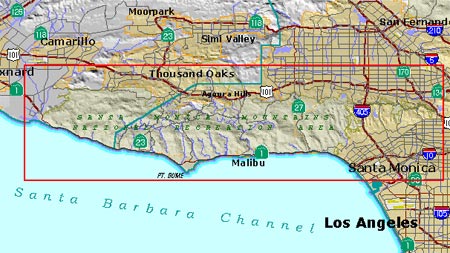 Elliott Dolin, owner of Dolin Malibu Estate Vineyards, who helped initiate the process in 2011 called the affirmation of the AVA status “historic”.

He said “This is a historic day because the formation of the Malibu Coast AVA finally allows wines from Malibu to identify a ‘sense of place’ on their labels.

“Malibu is world-famous, yet very few people are aware of our wine grape growing history which dates back two centuries. While people sunbathe on the beaches, up here in the hills, our vines have been catching some rays of their own.”

The new AVA, close to Los Angeles, comprises over 50 growers and winemakers in a region 46 miles long and eight wide around the Santa Monica mountains.

Some 198 acres of vines are in production with elevations ranging from sea level to 3,111 feet at Sandstone Peak.

The climate is largely Mediterranean and the main varieties are Cabernet Sauvignon (around 54 acres), Syrah (15 acres), Merlot (13 acres) and Chardonnay (six acres).

Malibu Coast is not the first AVA in the region as there are already AVAs at Saddle-Rock Malibu and Malibu-Newton Canyon.