Diageo saw its net sales tumble by £1.1 billion in 2014 with weak sales in emerging markets and a continued slowdown in China blamed, as the company posted its end of year results today. 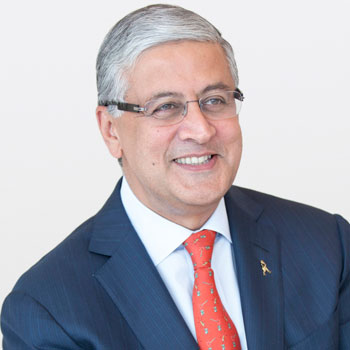 The drop in net sales is representative of a £1.1 billion loss on last year, when the group posted revenues of £11.4bn.

The company said its regional performance had been “mixed” with China hit particularly hard due to continued “anti-extravagance” measures resulting in an international slow down of sales.

Ivan Menezes, chief executive of Diageo, said: “This year our business has faced macroeconomic and market specific challenges that have impacted our top line performance. But we have gained share and expanded margin while continuing to invest in our brands, our markets and our people to create a stronger business that will deliver on the long term growth opportunities of this attractive industry.

“Our regional performance has been mixed. In North America we have again delivered top line growth and significant margin expansion and our Western European business is now stable. Emerging market weakness, often currency related, but also including some specific issues, such as the anti extravagance measures in China, has led to weaker top line growth.”

The picture was more positive in North America which continued to perform well with growth driven largely by sales of Scotch, American whiskey and tequila, however performance in vodka was said to be “weak” with Smirnoff losing volume share in an “increasingly price competitive market”.

Diageo’s western European markets were said to be “stable”, despite “weak economies and fragile consumer confidence”, with net sales in the UK up by 2% driven by the strong performance of Baileys, Captain Morgan and Cîroc.

France also saw a 1% increase to net sales however in Ireland net sales declined 4% and in southern Europe by 3%.

Menezes added: “When I became CEO a year ago I aligned the business behind the key performance drivers which will deliver our strategy. We have made good progress. Reserve has performed strongly; innovation has driven incremental sales in all regions; route to consumer initiatives have been embedded across a number of markets with more to follow in fiscal 15; ruthless focus on driving out cost has driven margin improvement and we have reshaped the organisation and enhanced skills and capability across the whole team at Diageo. We have made progress in accelerating the performance of our premium core brands but these brands have been under pressure given the environment this year, although we have delivered share gains in a number of markets.

“The tougher trading environment this year has confirmed my view that these six priorities give the business clarity and focus. We have simplified the organisation, freeing up everyone to act like an owner and sell or help to sell, changing behaviours across the business.”

Looking toward the next financial year, Menezes said: “We start fiscal 15 as a more agile organisation, building on the changes in behaviours that have been made across the business this year. The catalysts for a near term recovery of consumer spend in the emerging markets are still weak however the future growth drivers for this industry, its aspirational nature as consumers in the emerging markets see increasing disposable income, are undiminished. Diageo has leading brand and market positions and financial strength and our recent acquisitions have given us a strong emerging market footprint. The opportunity for Diageo to realise our full potential and deliver our performance ambition remains an exciting one.”