The Chicagoist’s beer of the week was chosen by Jason Baldacci who picked this “grapefruit-forward” limited release IPA from the Revolution Brewing Company brewed with Galaxy and Zythos hops.

He said: “The aroma is reminiscent of dripping fresh citrus with just a hint of floral spice. The palate, however, is a wonderful concentration of hop flavor. They lay it in pretty thick, and we picked up a smack of bright tropical fruitiness right up front. It’s definitely grapefruit-forward, but there are underlying notes of kiwi and mango as well that are a little more restrained. There’s a pop of pine that kicks in on the back end that lends a little extra bitterness overall, but the whole thing is balanced with just the right amount of caramel malty sweetness. At 6.6% alcohol content, Galaxy Hero would be a joy to drink for anyone in the mood for something hop-driven.”

The Hurler by Four Provinces 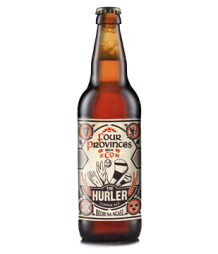 Doerthe Wolterman, writing at lovedublin.com, recommended this first release from the newly established Four Provinces in Dublin which she described as “mouthwatering” and a “fantastic addition to the Irish craft beer scene”.

She said: “The beer is copper in colour (obviously) and has a very nice white head that has great retention and doesn’t disappear even when drinking a whole pint of this lovely stuff. The aroma is very hoppy with some caramel, malty notes. Much more hoppy than you would think from looking at the colour of the beer. The same goes for the taste. It’s all hops at first, with a great punch of bitterness coming from the Chinook hops that are the main hops used for this beer. The other hops in it are Cascade, which give it a nice hint of grapefruit. After a while, once the beer has warmed up a little, the malts come through and with it the caramel and biscuit flavours.” 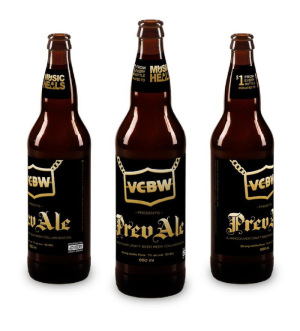 Ahead of Vancouver’s Craft Beer Week Jan Zeschky, writing at Canada’s theprovince.com, recommended this collaboration brew crafted by 32 brewery’s but spearheaded by the Central City and Phillps Breweries. One dollar from each beer will go toward the Music Heals foundation – a charity chosen by this year’s VCBW host, Prevail.

He said: “PrevAle pours a bright, clear copper colour with a compact, fizzy white head. There are big bready malt aromas on the nose, along with a little dense earthiness and some light fruit. Bready and lightly herbal notes register first in the mouth, followed by a lightly peppery spicy complexity. A medium bitterness and big, rounded mouthfeel reveals a lightly orangey fruitiness before the strong carbonation guides the beer into a crisp finish. A chewy breadiness lingers in the aftertaste.

“PrevAle is dense and crisp, refreshing but heavy, so it leaves me a bit confused. Particularly because it’s also rather delicious. But when you remember it’s money well spent, those fuzzy feelings dispel any confusion. (The price point is pretty decent, too.) Go buy this while you can.”

Andy Barbour, writing at the beer review website nonsnobbeerreviews.com, could not praise more highly this coffee imperial stout which he said was “one of the finest of its breed” and a beer everyone “should try at least once”.

He said: “Normally, Speedway is a phenomenal accomplishment of smoothness, and richness of coffee and roasted malt flavors, in a style most brewers try to make it as goddamn imperial as possible (for the sake of arrogant imperialism). But, add some tempered barrel aging, which imparts some bourbon essence to it, and, well, you don’t need me to tell you how good this is.  ‘Good’ is a major understatement, and so is ‘great’; but, ‘world class’ is not.This wasn’t my purchase, but it has an almost painfully low NSP.  Considering how good it is, though, everyone should try this at least once.  I would wager this is one of the finest of its breed — I can’t think of anything as good, really.”

A classic on the London craft beer scene, Camden Town Brewery’s Gentleman’s Wit was recommended by Michael Bates writing in the UK’s York Press this week.

He said: “Gentleman’s Wit is a Belgian style wheat beer brewed with roasted lemons and bergamot, and by far and away my favourite of Camden’s wares, pouring a delightful lemon-yellow with a white billowing head. The aroma is led by honeydew melons, lemon-thyme, bananas, and black pepper; a fruity, sweet nose brightened up by a zing of lemon zest. Sweet, with a moderately viscous wit-bier body and a prickling carbonation, banana ice-cream and lemon rind cut through a creamy sweet wheat background, before a touch of bitter orange peel and oaky, dry bitterness cut through the finish. Interesting enough to bear scrutiny, and delicious enough to slip down without thought.” 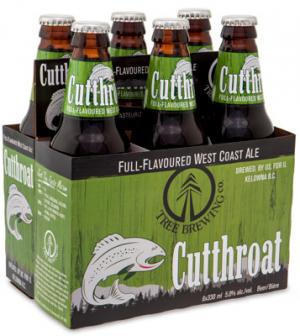 He said: “With words like “cutthroat” and “full-flavoured,” Tree Brewing of Kelowna, B.C., manages to sharply distinguish this fine brew from the generally tame ales of Canada’s not-so-distant past. It doesn’t bite that hard, though, at least not as mightily as the ominous cutthroat trout – with its distinctive red marking on the lower jaw – on the label.

“Clear mid-amber-gold in colour and medium-bodied, this ale comes across with plenty of malty sweetness and apricot-like fruitiness to support and balance the considerable citrus-pine hop character. I like how the bready-cereal characters shine through, too. I wonder if it might pair well with grilled cutthroat trout. Time to go fly fishing in British Columbia.”

Chris Outcalt, writing at Denver’s Magazine 5280.com, reviewed the New Belgium Brewery’s fresh take on its established Shift lager, this time packaged in a can, a beer brewed with Nelson Sauvignon hops which Outcalt said evoke a “Sauvignon grape-like quality.”

He said: “The idea for Shift was born from the New Belgium tradition of sharing a beer with your colleagues after your shift at work. (Read: a “shift” beer.) It is one of the only New Belgium brews never to land in a bottle—it is available in cans or on draft only. What’s more, at the time it was released, Shift was one of the first beers in the U.S. to be brewed with Nelson Sauvignon hops, which “evoke a Sauvignon grape-like quality.” Indeed, Shift is not overpoweringly bitter, but instead has a subtle fruit flavor and a crisp finish—a fitting end to the workday. Would we buy it again? One 5280 editor describes Shift as the “perfect park beer.” We think you’ll agree. Perhaps a good fit for your next trip to Wash Park, because, well, it’s still cool to imbibe there.” 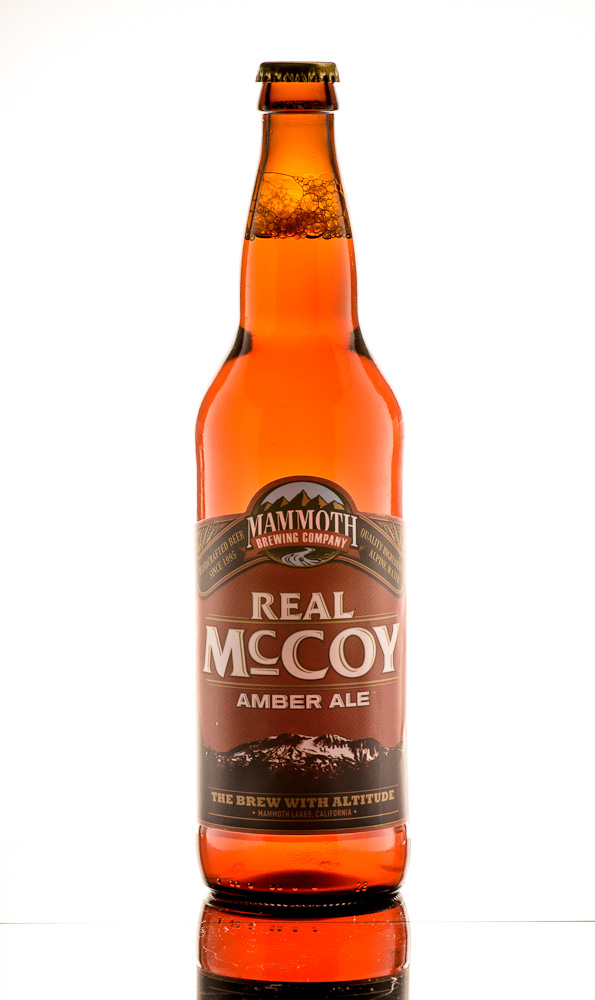 Jay Brooks, writing for the San Jose Mercury News, recently stumbled upon Mammoth Brewing’s amber ale, a beer he said was “delicious”, prompting him to explore the world of amber ales.

He said: “These beers were generally not as hoppy as a pale ale and not as malty sweet as a brown ale but somewhere in between. Amber ales were the standard antidote to the roasted and sometimes bitter flavors in porters and stouts as well. The truth is, they still are; they just get lost in today’s climate of hoppy and extreme beers.

“Amber ale, also called red ale, is essentially an American invention. Its name, as one might expect, comes from its color, which ranges from amber to a coppery red. A somewhat generic type of ale with less hops than a pale ale or IPA, it also often features more malt character, with sweeter, mostly caramel notes and sometimes some light fruit flavors, too. But it’s the very middle-of-the-road character that makes it such a versatile variety. To be fair, some amber or red ales can be pretty hoppy, but that hop character is usually well-balanced. Some others may be a little sweeter, so you may need to try a few to find your Goldilocks amber ale — the one that’s just right for you. Amber ales don’t evoke much passion from beer lovers, though they’re often among a brewery’s most popular beers, occasionally even their flagship — but they’re not trendy. Not being trendy, however, is a terrible reason not to drink one. The best are perfectly balanced beers with great flavors that make them ideal in almost any scenario, in any weather and with any dish. Luckily, there’s no shortage of amber ales.” 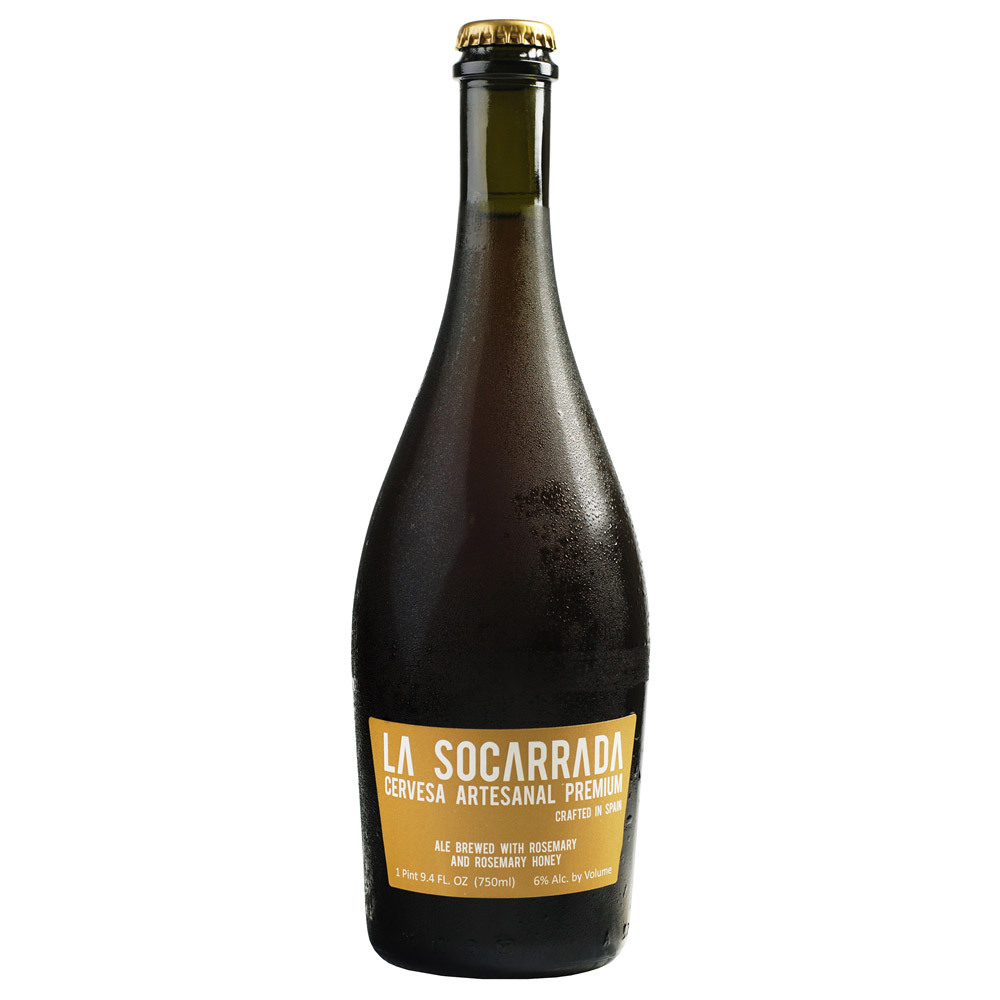 Adam Richardson, writing on the UK drinks blog Vinspire, declared this craft beer from Valencia in Spain his “favourite beer in the world” this week, calling it “flawless”.

He said: “The love of my beer life is La Socarrada, a craft beer brewed in the small town of Xativa in Valencia, famed for its beautiful castle and narrow, winding streets. It’s an amber-coloured, almost Bock-style beer brewed with rosemary and rosemary honey, and THIS is its crowning glory!

“Brewed in small batches of 2,500 litres every fortnight, this is also a rare beer, and you’ll be lucky to be in its presence. Remember that when you’re drinking it. The beer pours a marmalade-amber with a high carbonation, which quickly dissipates, showcasing the beer’s high yeast content; which is pleasantly present on the palate too. It’s got an aroma of fruity malts, rosemary, honey and sourdough bread. The rosemary is subtle, and the honey only offers a little sweetness, balancing the beer perfectly.This is a flawless beer, best served between 6 and 8 degrees, and the ideal with food.”