Drinking alcohol and smoking will not harm a man’s fertility, but sustained exposure to daylight could, researchers have found. 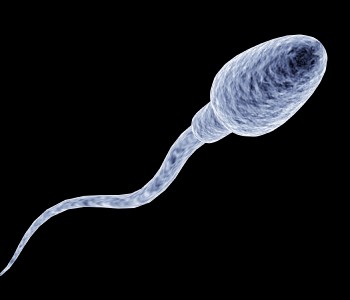 The surprising results follow a study by research teams at the University of Manchester and Sheffield, who found that sperm size and shape was less ideal in samples taken during the summer months, while smoking tobacco and drinking was found to have little effect.

The only major lifestyle choice found to have a negative effect on “sperm morphology” was smoking cannabis.

Researchers compared the lifestyle habits of 1,970 men from fertility clinics around the UK taking participants found the have less than 4% “normal sized sperm” compared to those with greater than 4% quality sized sperm.

Dr Allan Pacey, lead author and senior Lecturer in Andrology at the University of Sheffield, said: “Our knowledge of factors that influence sperm size and shape is very limited, yet faced with a diagnosis of poor sperm morphology many men are concerned to try and identify any factors in their lifestyle that could be causing this. It is therefore reassuring to find that there are very few identifiable risks, although our data suggests that cannabis users might be advised to stop using the drug if they are planning to try and start a family.”

The study failed to find a link between sperm morphology and other common lifestyle factors, such as cigarette smoking or alcohol.

Dr Andrew Povey, from the University of Manchester’s Institute of Population Health, said: “This previous study also found that there were relatively few risk factors that men could change in order to improve their fertility. We therefore have to conclude again that there is little evidence that delaying fertility treatment to make adjustments to a man’s lifestyle is unlikely to improve their chances of a conception.”

Dr Allan Pacey, senior lecturer in male health at Sheffield University, told the Daily Mail, that the link made to the summer months was not expected.

He said: “It’s complete conjecture on my part, but it could be a sunlight effect. Day-length affects our hormones and  vitamin D in all sorts of ways”.