Italian opera supremo Andrea Bocelli has been scammed by fraudsters who produced thousands of fake bottles of his branded wine, selling them for up to 10 times the cost. 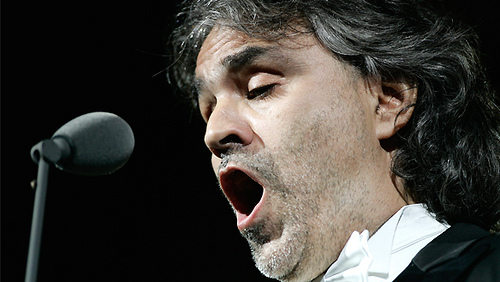 Police seized around 30,000 bottles of counterfeit wines, some carrying the singer’s Bocelli a Lajatico label, following raids in the Italian regions of Lazio, Liguria and Umbria, according to a report by La Repubblica.

The tip-off that led to the three-month investigation came from discerning drinkers who realised the wine was not the real deal.

Wine cellars, bottling plants, shops and even large supermarkets were trawled to uncover the scam, with bottles being sold in Italy and abroad with huge markups.

Other top wine brands have also been found to be victims, including Chiantis and Brunello di Montalcino, with police estimating the cost of the fraud to total hundreds of thousands of pounds.

The star owns a family winery near Pisa with his brother Alberto, which produces around 300 bottles a year.

He said: “We must continue to work with maximum attention to defend our production from all illegality, which damages the ‘Made in Italy’ [brand].”

Six people are under investigation for fraud and counterfeit.