A US beer festival, which has been celebrating Oktoberfest for the last 40 years, may be prevented from selling beer after Utah’s alcohol commission said it was “tightening up” its rules. 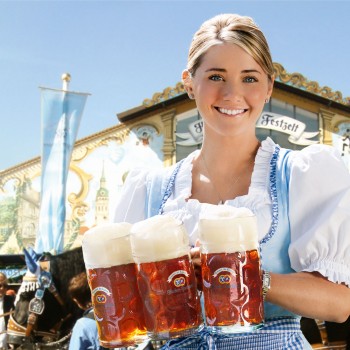 Beer lovers have long gathered at the Snowbird Ski resort in Utah to celebrate the joys of German beer and bratwurst sausages during two months of weekend Oktoberfest events from August to October.

The free event attracts more than 60,000 visitors every year and has grown to become one of the state’s largest festivals featuring Bavarian food, beer and from German bands and yodelers.

However despite the resort getting a liquor permit to host the event since it began in 1973, this year’s celebrations hang in the balance after Utah’s state liquor commission said it was tightening up on issuing permits for weekend events, according to the Salt Lake Tribune.

David Gladwell, chairman of the Utah state liquor commission, said the single event permits are designed for charitable organisations and not for profit.

During the board’s monthly meeting he is reported to have said: “We’re trying to send a signal that we are tightening up and we are reluctant to grant [single-event permits] to for-profit organizations.”

Under state law, groups and businesses are allowed up to 12 single event permits per year allowing beer, wine and spirits to be served ­at one-time community and civic events.

Despite the resort holding 19 state liquor licenses for all its restaurants and bars, none of them allows for alcohol to be served in the outdoor area where the Oktoberfest is held.

Bob Bonar, general manager at Snowbird, said a refusal to sell beer would “hurt a lot”

The original 16-day Oktoberfest is held annually in Munich, Bavaria, Germany and is the world’s largest with more than 6 million people from around the world attending every year.

Its origins date back to 1810 when King Ludwig I called for a state fair in Munich to celebrate his marriage to Princess Therese of Saxe-Hildburghausen.

Since then many honorary Oktoberfests have been established throughout the world celebrating German culture and beer.