Pichon Baron’s Christian Seely has hit out at a “concerted effort” to undermine the 2013 en primeur campaign, arguing that such a negative outlook is not only unjustified, but risks doing customers a disservice. 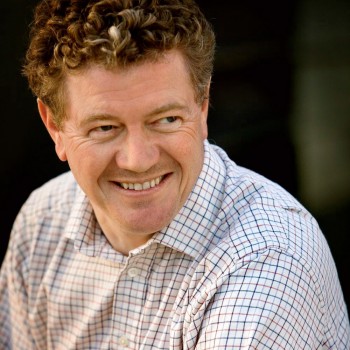 “What I feel very strongly about this vintage is that there has been more or less a concerted effort since the time of the harvest to talk the vintage down in the press,” he told the drinks business. “Now the wines are starting to come out it’s almost as if there’s a desire in the wine press to see it not work, which is a great shame.”

“Nobody is pretending it’s the most amazing vintage,” he acknowledged, but stressed that, having spent the last two weeks receiving wine trade visitors in the Pichon Baron tasting room, “People are not euphoric, but they are agreeably surprised.”

Seely attributed the successful results from 2013 to “extremely hard work” in the vineyards, followed by “extremely vigorous” selection throughout the wine’s elévage.

As a result of these efforts, he observed: “There are some really lovely wines but there’s a price for that – they cost a lot to make and there’s not much of them.”

For Pichon Baron, the end result was 10,000 cases, considerably down on the 15,000-case average that has been the norm since the Pauillac estate came under AXA Millésimes’ management during the 1990s. “It’s the smallest vintage we’ve ever made,” remarked Seely.

Although the vast majority of châteaux are yet to release their 2013 en primeur offers, Pichon Baron has been the only high profile estate so far to come out with a significant drop in price.

Its €54 per bottle ex-négociant offer represented a 17% drop on the 2012 price of €65 and the third consecutive year of price cuts from the second growth. Nevertheless, after the heady rises seen across much of Bordeaux in response to strong demand for the region’s 2009 and 2010 vintages, Pichon Baron 2013 remains 26% more expensive than the €43 release price for its 2008 vintage.

However, citing the current ex-négociant price of around €72 for Pichon Baron 2008, Seely maintained that the estate’s 2013 is “the cheapest Pichon by far that’s on the market at the moment.” Furthermore, he insisted, “2013 is the lowest price I will ever offer a bottle of Pichon Baron.”

Although early reports from UK merchants indicated only a modest response from customers to this offer, Seely commented: “England is not the only market. The general response from négociants who are exposed to markets around the world has been an extremely positive one.”

Explaining his decision to offer customers such a series of significant price cuts, Seely told db: “My feeling was that the market needs a drop in price. For the last three years we’ve been dropping prices to try and accommodate the market, but each year we carry on working in the vineyard to try and make the best wine possible.”

Insisting that he had “no idea” whether other châteaux would follow the pricing lead taken by Pichon Baron, Seely argued that the policy adopted by some of releasing at the same level as last year was not the right solution for Bordeaux.

“For grand cru wines in Bordeaux, the reality is that you have significant vintage variation,” he observed, adding that this sector is also “a market where things are decided by the pressure of supply and demand.”

Citing the “magnificent” vintages of 2009 and 2010, Seely noted: “Demand was extremely strong so prices went up and that’s completely normal.” By contrast, he reasoned, “When demand is low you have to let the price go lower.”

Drawing a close comparison between the 2013 wines and Bordeaux’s 2001, 2004 and 2008 vintages, Seely characterised these as “cool, wet years when you had to look extremely hard to find good quality wines.”

What’s more, he noted, “The ambience was negative for all three en primeur campaigns, but there were some fantastic wines from these years and they have all gone up considerably in price since then.”

Indeed, Seely warned that, despite the fact en primeur buyers of the last four consecutive years have since watched prices fall, the pessimistic mood could see consumers missing out on this occasion.

“I’m confident that, for the best examples of 2013, prices will be significantly higher in a few years time,” he predicted.