A 2,000 year-old irrigation system believed to have been used to cultivate an ancient Roman vineyard has been unearthed in the UK. 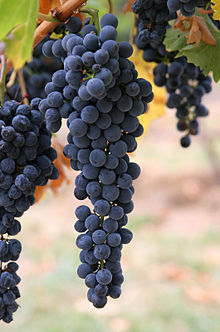 The network of ditches and ridges were found on farmland in north Cambridge on the site of a proposed £1 billion development on farmland  near the M11 motorway.

Researchers from the Cambridge Archaeological Unit, believe the system dates back to 70AD and that it may have been used to irrigate a vineyard to produce wine, as reported by the Daily Mail.

If confirmed, the discovery will be the earliest example of Roman irrigation ever uncovered in Britain.

Chris Evans, team leader, said: “Our findings from excavating around the ridgeway have unearthed zebra-like stripes of Roman planting beds that are encircled on their higher northern side by more deep pit-wells.

“The gully-defined planting beds were closely set and were probably grapevines or possibly asparagus. Clearly in dry spells, water could have been poured from the pit-wells into the ditches to reach the beds. This is a tremendously significant find that reflects the area’s intense agricultural regime from the Roman period. It’s an unparalleled discovery and the earliest evidence of Roman irrigation in Britain. “People don’t think about wells and irrigation being a significant invention but it was incredibly sophisticated.”

Archeologists began excavating the site ahead of a planned development of housing, shops and a new school 18 months ago with historians long suspecting that the 370-acre site could have once been an ancient Roman settlement.