San Francisco-based Maureen Downey is one of the world’s leading experts in fine wine authentication and runs Chai Consulting, a fine wine collection management firm she founded in 2005. She is hired by wine collectors across the US to authenticate the contents of their cellars and played a pivotal role in the recent trial of convicted wine fraudster Rudy Kurniawan in identifying a number of the wines the Indonesian-born collector was selling as fakes. 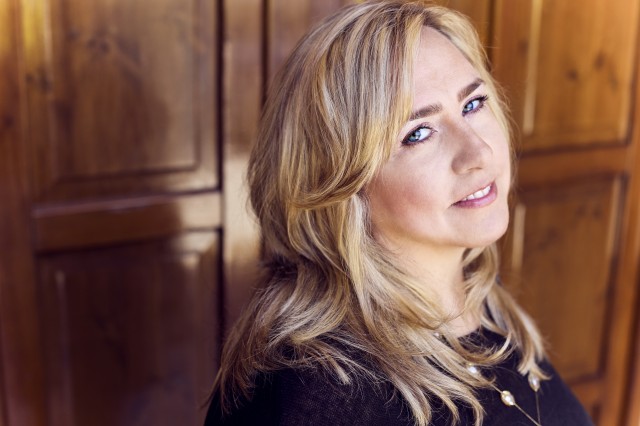 Sitting by a fire with great friends after a perfect day of tough skiing, drinking old and rare wines while laughing so hard that it hurts.

Snakes – I try to love all of God’s creatures, but I can’t handle snakes.

There are two very strong and highly influential women I most admire: Jancis Robinson MW OBE, who has been a most amazing source of strength for me for almost a decade. No one except Jancis wanted to hear about fake wines, or deal with the reality nor the scope of the issue of wine fraud, but she always encouraged me to stay strong and fight the good fight. She reassured me that I was on the right side of the issue even when it looked completely unlikely that anything might ever come of my trying to make noise about wine fraud. Without her, I would not have been able to keep my chin up and my determination strong.

The other inspiration is my mother, Kathleen. Anyone who has ever met her knows why. She is one of the kindest, most intelligent, giving and amazing people you’re ever likely to meet.

Drinking great wine on an altogether too regular basis, and flying first class.

What is your current state of mind?
A mixture of anxious anticipation and excitement for the future. I’m excited about what has transpired with the wine fraud verdicts against Eric Greenberg and Rudy Kurniawan. Clearly wine fraud is a real issue and the verdicts have proved that juries will prosecute this crime. But after so many years, I am anxious to see the bad guys, who made Rudy Kurniawan’s wine fraud scheme possible, called out, put out of business and, when appropriate, prosecuted. I am also excited for the launch of my company, Chai Consulting, in Europe.

What is the quality you most like in a man?

I can’t choose between honesty and a sharp wit. Without one, the other is irrelevant.

The ocean and all its inhabitants, but especially the sharks, who we should all be working to save. And my boyfriend, George, of course.

Living in my favourite place on earth, Deer Valley in Utah, the two winters after graduating from Boston University. I was cutting my teeth in the wine trade and constantly learning about wine while getting in lots of great skiing, après ski and all with no real stresses or knowledge of the seedy underbelly of the business.

I would like to possess a stronger ability to say “no” and prioritise myself in my scheduling. I tend to put other people first to the point that I get overstretched, and it causes considerable stress.

Being a great friend.

I love living in San Francisco, but I’d like to eventually to live at least several months a year in Deer Valley.

My wine fraud database: I probably have the most extensive library of photos, notes, reports and data about wine fraud in the world. We have catalogued the evidence from the Kurniawan trial, and have thousands of professionally shot photos of counterfeit and authentic bottles, as well as a few thousand random shots of fake and real bottles that have been sent in or collected throughout the years. This database really enhances my expertise when authenticating. I have so much information to refer to and compare against bottles I’m authenticating that my job is greatly aided and my findings significantly stronger.

Loyalty and a passion for causes that are dear to me.

Am I allowed to say Ernest Hemingway? I fell in love with him in high-school and can’t stop reading his books. I have spent time in several of his European haunts, so feel like I have some connection to him in my fantasy world. I especially love the anthologies of short stories, it’s quite satisfying to be able to pick up and finish a short story in a random moment of free time.

Windshield wipers on dry windshields, passive aggressive behavior, people who are politically vocal but don’t have a strong grasp of the facts or a basis for their convictions. Companies that are proven in court to have sold millions of dollars in fake wines but who still thrive in the marketplace and people who still do business with companies that are known to have sold millions in fake wines, even if those companies claim ignorance.

Not having taken a stab at being a professional downhill or slalom skier.

“Just keep swimming!” Yes, it’s from Finding Nemo. Just like Dori, I tend not to dwell on how we find ourselves where we are, the important thing is to keep moving forward and find solutions. Dwelling on the past is unhealthy and unproductive.

I’d invite the sage of the constitutional convention and famous wine lover, Benjamin Franklin, the father of the US constitution, James Madison, and my modern political hero, Ronald Regan and would serve them a magnum of 1996 Salon Champagne to celebrate meeting these great minds, a few vintages of aged Château Haut Brion (1961, 1982, 1989) for the serious conversation about their motives and intentions in writing and upholding the US constitution, and for Franklin, we’d have to have to end on some great aged Madeira, perhaps a 1976 Terrantez to celebrate the bi-centennial of their work.