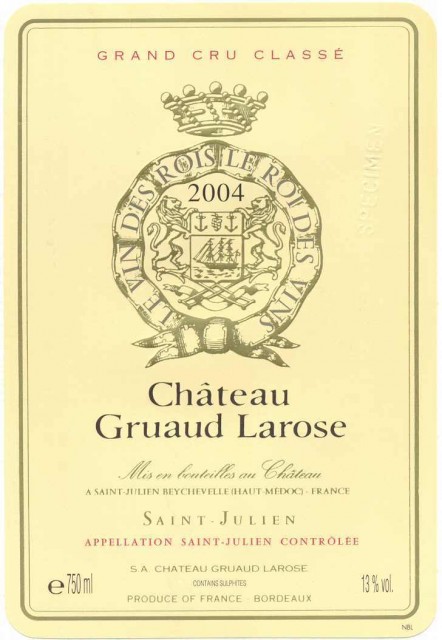 The Left Bank property has shown a 5.9% rise in the year to date, set against the wider Bordeaux 500 index (the last 10 vintages of the 50 leading estates), which has only climbed by 2.8%.

Liv-ex reported on its blog that the estate has outperformed the Bordeaux 500 index over the last five years, rising 42.5% in total to the latter’s 34.5%.

Admittedly, the Bordeaux 500 enjoyed more of a bull run but peaked in spring 2011 and has never fully recovered.

Nonetheless it rose somewhat under the radar, escaping bigger headlines such as the rise and fall of Lafite.

However, its success is not unique among Left Bank properties. The dramatic undulations of the first growths and their second wines and the rise of the Right Banks have provided sexier headlines of doom and triumph but several estates have actually been plugging away very successfully out of the public eye and giving buyers what Bordeaux should – sensible prices, healthy returns and a pleasurable drinking experience.

With the current proclamations of buyers seeking “quality, value and high scores”, it is no surprise that a small cache of less flashy estates such as Gruaud Larose, Montrose and Pontet Canet have been unearthed as among the more consistent performers.

In the recent Liv-ex Power 100 produced in association with the drinks business, Gruaud had shown a slight rise, up three places to 84 and with average case prices of £371 and an average score of 89 points.

Clearly though, Gruaud has never really gone away, it just escaped the whirl of publicity and near hysteria that seemed to infect other parts of the Bordeaux world.

The estate’s reputation will no doubt receive a further boost this week on the back of the sale of some 19th century bottles which were salvaged from a shipwreck in the 1990s and sold at auction by Sotheby’s last week for double their high estimate.