Truman’s, which was part of London history for over 350 years, is making a comeback after 24 years with the opening of its new London brewery this weekend. 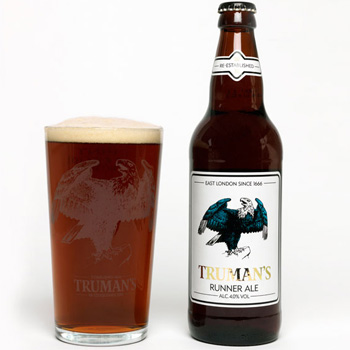 A £1 million investment has seen Truman’s re-establish itself in east London with the new brewery in Hackney Wick, close to its original brewery in Brick Lane.

Managing director, James Morgan, said: “I am just delighted, and not a little humbled, to be able to return Truman’s to East London. We are producing brilliant, flavour-packed ale from our new brewery and are working hard to ensure that Truman’s Beer is once again a great name in brewing.”

The new 10,000 sq ft brewery will specialise in traditional cask ale and will launch with two core products, Truman’s Runner (a Bold Best Bitter) and Truman’s Swift (a Gorgeous Golden Ale) – as well as a number of special editions and archive releases.

Truman’s, which was founded in 1666, was the world’s largest brewer in the last 19th century, before 323 years of continous brewing at Brick Lane ceased in 1989.

The company was revived in 2010 with the intention “of making Truman’s a great name in brewing once again”. As part of this nostalgia the team has recovered the original yeast strain that was used at the Brick Lane brewery, which had been preserved in liquid nitrogen.