Acker Merrall & Condit’s New York season was off to a flying start last weekend with Burgundy, once again, proving the standout seller as the US grows stronger. 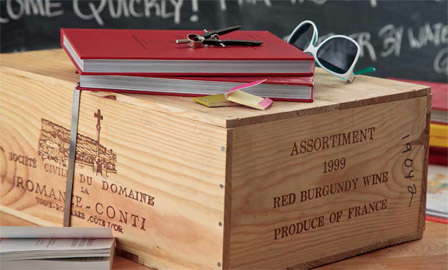 Although Burgundy and in particular Domaine de la Romanée-Conti dominated, Acker did note that Bordeaux “continues to rejuvenate as collectors replenish their cellars” and that Pétrus, Mouton and Lafite sold strongly.

California and Italy were also strong contenders in the top lots.

CEO, John Kapon, said: “This was a great kickoff to our fall auction season. It wasn’t just the usual suspects that drew all the excitement, either. It’s becoming redundant to say that Burgundy is in high demand, but I’ll say it again.

“There just aren’t enough of the top wines to go around. Saturday’s auction also proved that there is more to the market than just Bordeaux and Burgundy, with everything on offer drawing significant interest. We also saw increased demand domestically, with almost 80% of all lots staying put in the USA, more than usual.

“The American market is getting stronger, we’ll see what China has to say this coming weekend. It looks to be an exciting fall season for the fine wine market.”