Top 10 new products for May 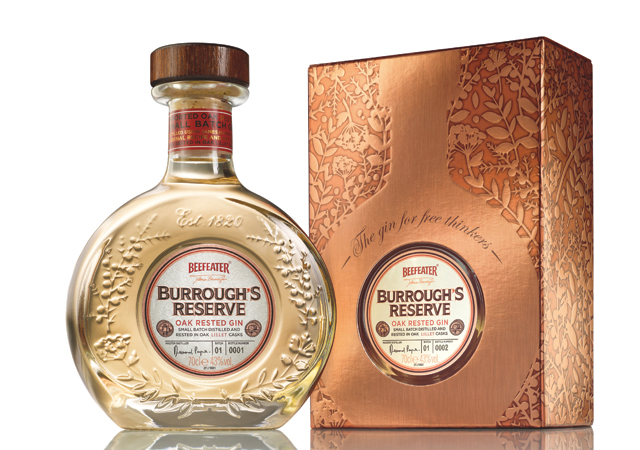 We all know whisky responds well to oak, but what about gin? London distillery Beefeater decided to experiment, ageing small batches in Jean de Lillet oak barrels. The result is Beefeater Burrough’s Reserve, a hand-crafted gin distilled in a tiny 19th century copper still used by Beefeater’s founder James Burrough, after which the gin is named, then aged in Lillet barrels.

Housed in a retro round glass bottle embossed with botanical shapes, the complexity offered by the oak means the 43% abv gin is best sipped neat. Made by master distiller Desmond Payne using the original Beefeater recipe refined by Burrough in the 1860s, due to its craft nature, bottles are individually numbered.

“I knew that if the cask was right, we could make a really exciting gin that changed people’s perceptions of the spirit,” said Payne, who believes the oak not only gives the gin a light gold hue, but “a long and complex finish allowing the citrus, juniper and gentle spice flavours to develop”.

Debuting next month in Spain and the UK, before being rolled out across Europe and the US, a limited amount of Burrough’s Reserve will be released each year. RRP: £69. 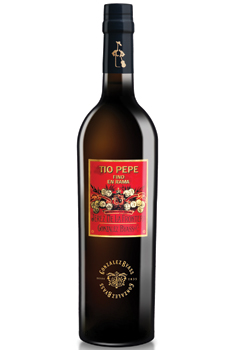 It’s May and that can only mean one thing: the annual scrum to get hold of a bottle of Tio Pepe En Rama. Now in its fourth year, “en rama” literally means “in its raw format”, as the limited-edition fino is bottled without undergoing fining or filtration. According to its makers González Byass, this year’s offering has an even more overt flor character than normal due to a particularly wet and mild winter in Jerez.

“I describe it as untamed Tio Pepe,” said head winemaker Antonio Flores. Due to its unfiltered nature, the Sherry has a recommended drinking window of three months from its bottling date on 8 April. Just 10,752 bottles have been released, made up of 75cl bottles and a small quantity of 37.5cl formats. 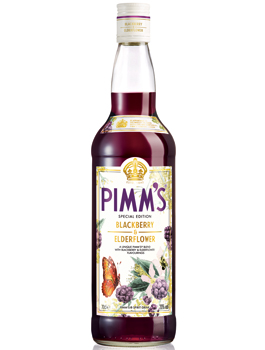 In time for summer, Diageo has launched the first flavoured variant of Pimm’s in the brand’s 190-year history. Special edition Pimm’s Blackberry & Elderflower, a mix of Pimm’s No.6 Vodka Cup with blackberry and elderflower, is available in 70cl and one litre formats in both the on- and off-trade with a lemonade premix also available in the off-trade.

“Pimm’s is the perfect sharing drink and an integral part of British summertime, which explains why it makes up 20% of the speciality drinks category,” said Pimm’s brand manager Sarah Gilligan. “In a summer lacking in big national events, our Blackberry & Elderflower innovation provides an ideal opportunity for retailers to maximise their spirits sales.”

Diageo commissioned British designer Oliver McAinsh to create a nostalgic label inspired by a British hedgerow in summer. McAinsh ran with the theme, putting a butterfly balancing on a blackberry centre stage. RRP: £14.99. 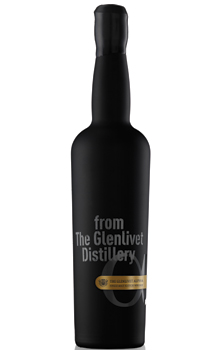 Part publicity stunt, part experiment, The Glenlivet has released 3,500 bottles of a mysterious new expression – Alpha – with no age statement, cask information or tasting note. Housed in a black bottle stamped with a simple, “from The Glenlivet distillery”, the aim of Alpha is to allow consumers to be led by their own palates rather than influenced by information about the liquid in their glass.

While the whisky bares the hallmarks of the signature Glenlivet style, it boasts a distinctive flavour profile due to the inclusion of never-before-released spirits. In June the enigmatic expression will be revealed by master distiller Alan Winchester on the brand’s website.

“This is the first time anyone has launched a ‘blind’ whisky and we’re confident that the campaign will excite whisky drinkers and help them to truly appreciate single malt,” said Nikki Burgess, international brand director for The Glenlivet. RRP: £77. 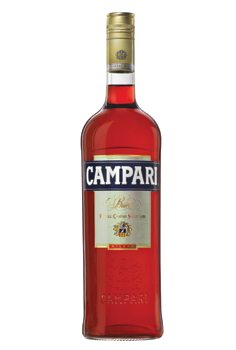 Negronis wouldn’t be the same without it, and now popular Italian bitters Campari has had a spring makeover. Keen to roll with the times, owner Gruppo Campari felt it was time to bequeath the apéritif a sophisticated new look that embodies the “understated elegance” of the brand.

Given a contemporary twist by London-based brand design agency Claessens International, tweaks include a new bottle shape with a longer neck, “sleeker shoulders,” and the brand name in embossed glass at the bottom of the bottle. 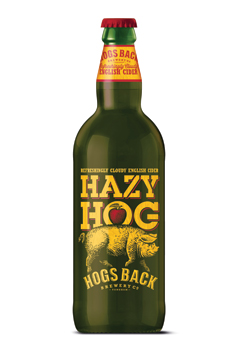 Sunshine and cider made for a heady mix, and in time for the long-awaited summer nights, Surrey micro-brewer Hogs Back has added this cheeky little piggy to its range. Made from 100% bittersweet apples in collaboration with family-owned cider house Thatchers in Somerset, the 5% abv Hazy Hog launches this month in 50cl bottles.

According to its makers, the cider is “refreshingly cloudy, medium dry and full flavoured”. Having been fermented in oak barrels to intensify the flavour, further apple juice is added post fermentation to give it a fresh apple taste and the naturally cloudy appearance after which it’s named.

“We decided to create a naturally hazy cider to counter all the sweet, flavoured ciders on the market,” said Hogs Back’s chairman Rupert Thompson. RRP: £1.95 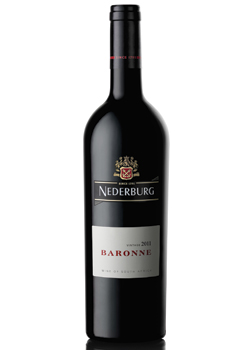 Sharing a birthday with Pink Floyd’s iconic album The Dark Side of the Moon, red blend Baronne from Paarl estate Nederburg celebrates its ruby anniversary this year. The 2011 vintage is a blend of 60% Cabernet Sauvignon and 40% Shiraz. According to its makers, the “smooth, suave and self-assured” wine is “full-bodied with ripe fruit flavours of blackcurrant, cherry and prune, and soft tannins”.

Made by cellar master Razvan Macici and winemaker Wilhelm Pienaar, the grapes are sourced from vineyards in Paarl and Stellenbosch. Grown on decomposed granite soils, grapes are hand harvested and the resulting wine aged in oak for a year.

“It was one of the first wines I tasted arriving in South Africa in the 1990s. It has such nostalgic associations for me, I’ve always loved making this blend,” said Macici. 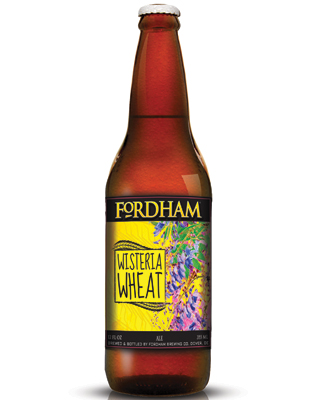 With the sun nervously peeping out from the clouds, thoughts turn to beer. And, if you’re into your hip hops, then you’ll likely be seeking out small-batch craft beers this summer. Enter Delaware brewer Fordham & Dominion, which has just released a six-strong range in selected bars, restaurants and online stores across UK via distributors Heathwick.

Founded in Maryland in 1703 to serve an influx of new residents in need of good beer, the brewery was reborn in Delaware in 1995 with a similar ethos.

The F&D range includes an oak-aged stout, Hop Mountain red ale, and signature brew Copperhead, but we particularly like the sound of its Wisteria Wheat beer, a medium bodied ale, which, according to its makers, “couples a soft, velvety taste with a lingering fruity finish”. RRP: £1.95. 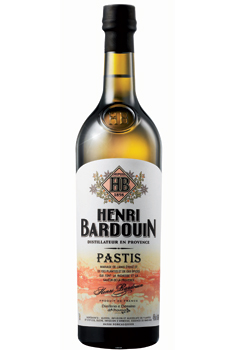 Provence’s greatest export outside of Cezanne and salmon pink rosé is pastis, the anise-flavoured liqueur designed for sipping in the southern French sunshine. But if you can’t make it across the Channel, you can nip down to Waitrose and try this new offering, which has been dubbed “the Rolls Royce of pastis” by the Sunday Times.

Imported by Emporia Brands, the 45% abv Henri Bardouin Pastis is produced at Distilleries et Domaines de Provence, the last remaining distillery in Forcalquier, an area of Provence famous for its natural herbs. Named after the distillery’s founder, the pastis is made from a complex recipe of 65 herbs and spices.

Designed to be enjoyed as either an apéritif or a long drink with plenty of water, according to its makers, it boasts “superb aromas, intense flavours of herbs and oriental spices, and great length”. RRP: £20.75. 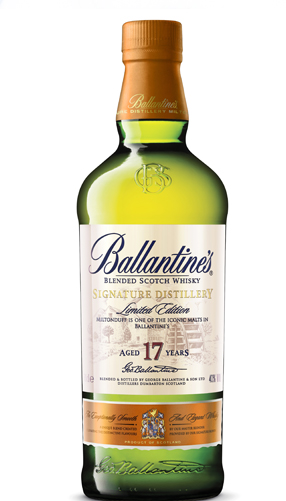 It is the first limited edition series in the history of Ballantine’s 17 Year Old and the Signature Distillery Miltonduff Edition is a blended Scotch whisky that has been created to highlight the role of the Miltonduff single malt.

The brand says that the whisky is “rich, fruity and sweet” on the nose, with “milk chocolate flavours and hints of cinnamon spice, cloves and liquorice root in the background” on the palate. RRP £50.