The French government is to auction off part of its cellar as the state seeks to raise funds to battle the national debt. 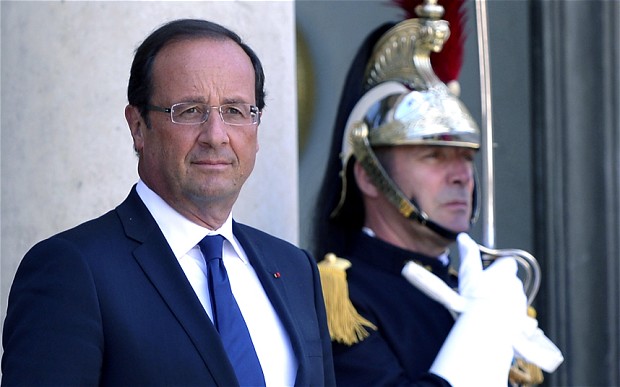 Over 1,000 bottles will be auctioned by Drouot in Paris on the 30 and 31 May, with Bordeaux and Burgundy being the main attraction. The sale is expected to realise €250,000.

A spokesman for Drouot told Reuters: “These are wines that have figured at the presidential table for dinners or receptions.

“Some of them have participated in events linked to the history of the Fifth Republic.”

Although the three bottles of Pétrus are valued at €2,200 a bottle, the house added that many of the wines on sale would be available for around €100.

Some of the money raised will apparently go towards buying “more modest” wines to grace the presidential table.

The rest will go into the government’s purse, although just how far €250,000 will help France achieve its target of €60bn in public savings over five years is open to question.

French president François Hollande has positioned himself as a “Mr Normal” president and pursued populist (some would argue punitive) tax policies towards the rich.

However his call for his own Socialist Party politicians to make their finances public backfired spectacularly when it emerged that many of them held huge sums of money in bank accounts in Switzerland and elsewhere.

The British government successfully auctioned off several prestigious cases and bottles from its own cellar in March, raising £74,406. The aim is to make the cellar self-funding.

The cellar at the Elysée Palace is apparently protected by an armoured door and contains over 12,000 bottles.

It is overseen by Virginie Routis who told Le Monde: “I choose the wines in terms of the menu, but also in terms of protocol.

“For a head of state, there would be several big labels on the table.”