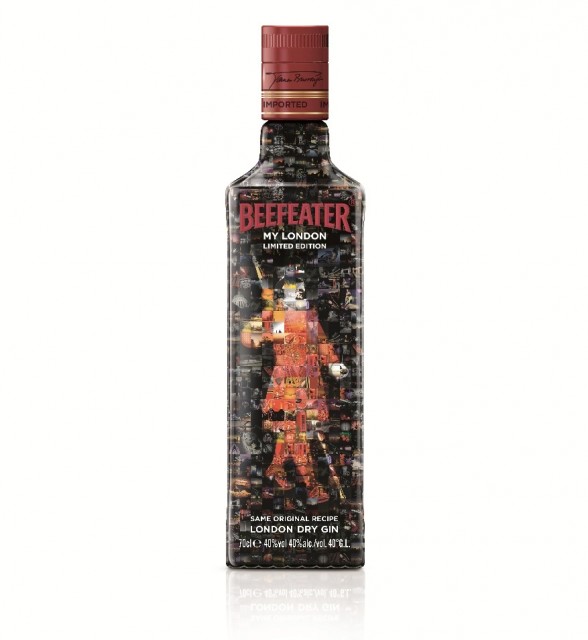 The #MyLondon competition ended in November 2012 with a giant laser projection in Covent Garden of the first impression of the new bottle. Thousands of Londoners entered photographs of “what their city means to them.”

Of the images shared through the website, 1,000 were selected by a panel of judges from Central St Martins.

Celebrating “diversity and creativity” while maintaining the tradition of the Yeoman silhouette, the ‘This is My London” competition was a venture to increase brand interaction with customers.

Paco Recuero, global brand director for Beefeater Gin, said: “As the only international gin brand to have its distillery in London, Beefeater is uniquely placed to communicate with Londoners and represent the city’s diversity and creativity.”

The new design will be available from April 2013 in 22 countries around the world. The launch of the bottle coincides with the announcement that Beefeater will become the first London gin distillery to open a visitor centre.

“Beefeater London – The Home of Gin” will open later in 2013 as a series of interactive showcases, “to see, touch and smell the botanicals used within the production process.”