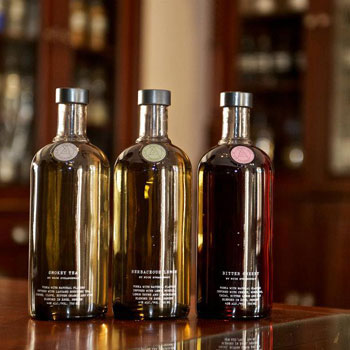 The new range of flavoured vodkas have been created in partnership with master bartender Nick Strangeway.

The collection will be exclusively available for bartenders and features three expressions, each of which contains “at least 12 macerates, infusions and/or distillates”.

The first flavour, Herbaceous Lemon, will be available in selected markets this April and is made with a blend of lemon verbena, lemon thyme and lemon myrtle.

Strengeway, who spent two years, said: “There were no rules I needed to stick to.” Strangeway also used 2,500 samples, combining flavours, distillation and maceration in coming up with the three flavours. Smokey Tea and Bitter Cherry will be launched later in 2013.

Smokey Tea comes with a “gentle, smokey flavour” that comes from an infusion of Lapsang Souchong tea, with hints of “orange peel, clove and ginger.”

The third flavour, Bitter Cherry, has “an authentic cherry flavour, which is countered by notes of bitter, dark chocolate.”

Absolut’s marketing vice president said: “With the immense amount of new flavoured vodkas available today, it was important that we create flavours that bartenders could trust when crafting cocktails.”