The Society of Independent Brewers (SIBA) has revealed its Supreme Champion beer winners in its National Beer Competition 2013. The beers were unveiled at SIBA’s first ever BeerX event, which is being held in Sheffield. 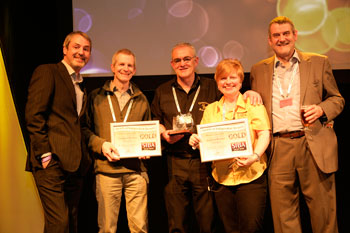 “Winning at a regional heat and progressing to the national finals is an achievement in itself and the quality of beers judged yesterday was of the highest standard, as all our judges would attest. To then come through to win one of the national awards is a real achievement and our hearty congratulations go to all the winners announced today.”

Rob Rainey, owner and head brewer at Quantock Brewery said, “We’ve won awards before, but never anything on this scale. Having our beers recognised by our peers, and winning against so many other fine beers, is absolutely superb.”

From Cairngorm Brewery Company, brewing director Sean Tomlinson said, “This is a wonderful award for us to win. We’ve just commissioned a bottling hall, so we know that we’ll be bottling a fantastic beer.”

The winning beers were chosen at a judging session, with a panel of around 100 brewers, industry experts, local licensees and beer enthusiasts. The panel assessed over 200 cask, keg and bottled beers and the Gold Award winners in each category were then judged again to find the SIBA Supreme Champions.