Hollywood superstar Megan Fox has secured some great seats for next month’s Rio Carnival, after becoming a “spokesmodel” for Brazilian beer brand Brahma. 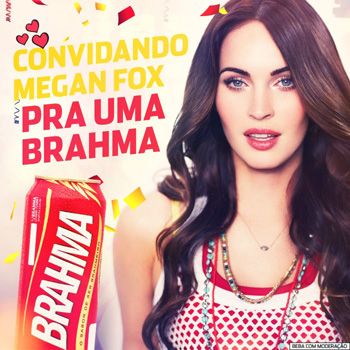 Brahma’s box at the carnival is a celebrity favourite during the festival, with Jennifer Lopez taking centre stage at last year’s extravaganza.

As part of becoming a spokesmodel for Brahma, Fox has already filmed a commercial for the beer and these pictures show some of the stills from that shoot.

It remains to be seen whether Fox’s advert will find a place in our naughtiest alcohol adverts feature.

In the pictures Fox is seen wearing the famous yellow and green colours of Brazil’s football team and is carrying a beer cooler, like those seen up and down Brazil’s famous beaches. This year Fox is joined by Brazilian actor Rodrigo Santoro in promoting the beer ahead of Rio’s Carnival.

Click through the following pages to see some more photos from Fox’s Brahma commercial. 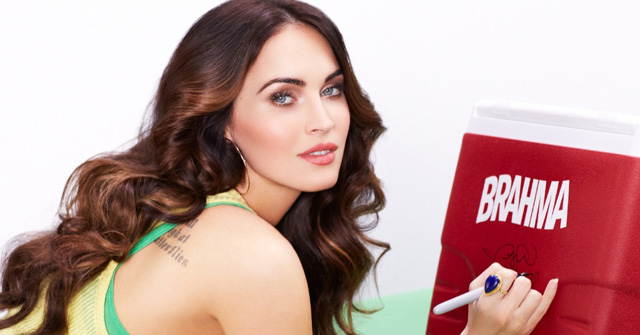 Megan Fox will be one of Brahma’s faces of the 2013 Rio Carnival. 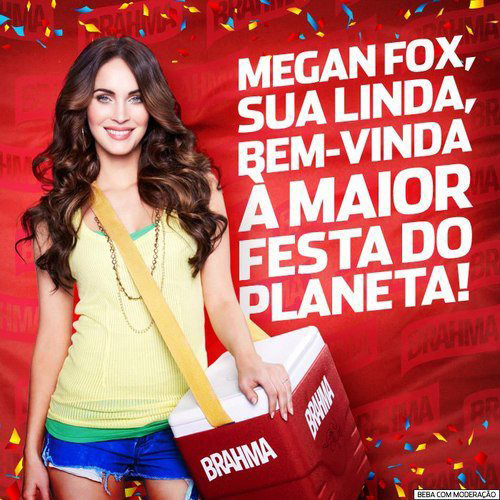 The advert reads (something along the lines of) “Megan Fox a beautiful welcome to the biggest party on the planet”.