Blast from the perry past: Babycham

Perhaps let’s start with a question? Have you ever heard of Babycham? Because until I went to Maggie’s, neither had I… 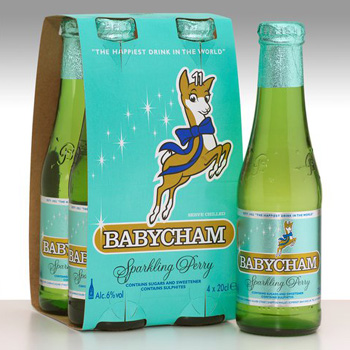 Babycham is a brand of sparkling Perry, an alcoholic drink made from fermented pears. I know that many choose to identify it as a sparkling cider (which is readily available), but the Campaign for Real Ale (Camra) does not accept this.

Its image and age walk hand in hand; Babycham was hugely popular in the ’60s and 70’s. With many people seeing it as a cheap alternative to champagne it became increasingly popular and soon the nation was practically swimming in it. According to a Daily Mail article I read in 2011 “it’s the sparkling drink that symbolised the swinging Britain in the 1960s”.

In fact it was the first alcoholic product to be advertised on UK television screens. But times have changed now and TV is littered with ads for a multitude of drinks brands. Nice to know where it started though. My main gripe with Babycham is its use of a cartoon fawn makes me think they want kids on it asap, maybe there’s some correlation between it and Disney’s Bambi? But saying that, Laverstoke Park’s ale is currently under the same scrutiny for an apparent childlike image of a farmer.

In recent years Babycham has started to become popular again, with sales increasing in 2011. Around 15 million 200ml bottles are sold each year, priced at around £2 each, so that’s £30 million a year. Who knew a cheesy drink that invaded the ’60s to ’80s could be so lucrative? Maybe I’ll make my own Perry, but the chances are slim. 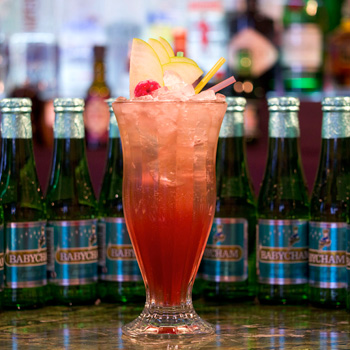 So Maggie’s in Chelsea is half Members Club, half ’80s good times bar. If you’re ever feeling nostalgic, then here’s the place for you. But a couple of months a go they decided to go forth and open a Babycham bar, because of its ’80s links and perhaps a portion of that frosty £30m. But for all the tackiness that I see in it, using it to top off drinks and bind various spirits and liqueurs it works.

I had a drink called the “The Lady in Red”, which was a reminder of something between a Cosmopolitan and a French Martini sipped out of a sundae glass. I can’t lie it was pretty good.

Will I be seen drinking some Babycham anytime soon? Probably not to be honest, it’s not really my thing as I went off most drinks of that style (a.k.a. lots of fruit) years ago.

But Babycham symbolised the ’80s party, an age when there was a certain measure of détente in the world and people could focus on having fun and not worrying about the world. Why not enjoy that a little bit more, 22 years on? For some it’s reliving the past and others it’s a guilty pleasure! And if you’re feeling guilty about your New Year diet, just pretend it’s one of your 5-a-day!