We count down which game-changing women hold the most power in the wine world today? 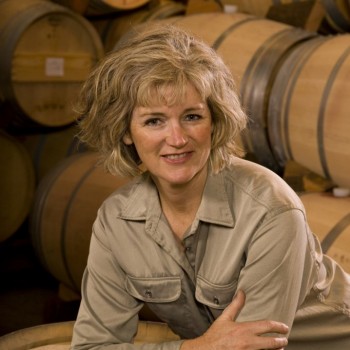 Our top 50 have been ranked according to the extent they are shaping what’s in our glass, from the winemakers making it, to the savvy buyers bringing it to our attention. The variety of different jobs our entrants undertake is testament to the fact that women have conquered and are thriving in all areas of today’s wine trade. Read on for our second installment of the top 50 most powerful women in wine, where we round up from number 40 to 31. Last week we revealed the women ranked 50 to 41 in the top 50. 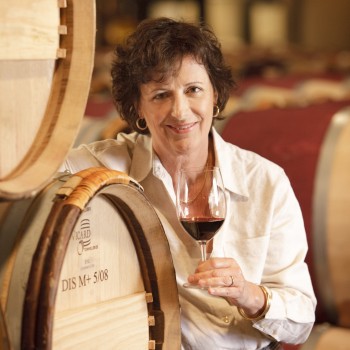 AGE: 61
Born in Morocco and raised in France, as director of winemaking at Robert Mondavi Winery in Napa Valley, Janssens has big shoes to fill. Having studied oenology at the University of Bordeaux, in 1989 she took on the role of director of production at Opus One, Mondavi’s Napa-based joint venture with Baron Phiilippe de Rothschild, becoming director of winemaking at Robert Mondavi in 1997. From the beginning, Janssens has pursued her goal of making fruit-forward wines of elegance and finesse that complement food. She played a pivotal role in the building of the winemaking facility within the To Kalon vineyard, the winery’s first major renovation since it was founded in 1966 by Mondavi, the godfather of Californian wine. 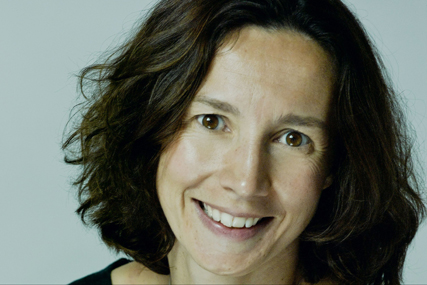 Promoted to managing director of Diageo Wines Europe this August, Miles’ first mission at the world’s largest drinks company has been to freshen up the company’s buying and marketing teams across Europe. Having joined Diageo in 2002 as strategy director, in her new role Miles oversees operations at Diageo’s fine wine and independent businesses, Justerini & Brooks and Percy Fox & Co. Keen to develop J&B’s private client side of the business and nurture relationships with serious investors around the globe, Miles is focusing on Burgundy, Riesling and Barolo as well as Bordeaux. She is also looking to develop J&B’s on-trade operations with top restaurants. 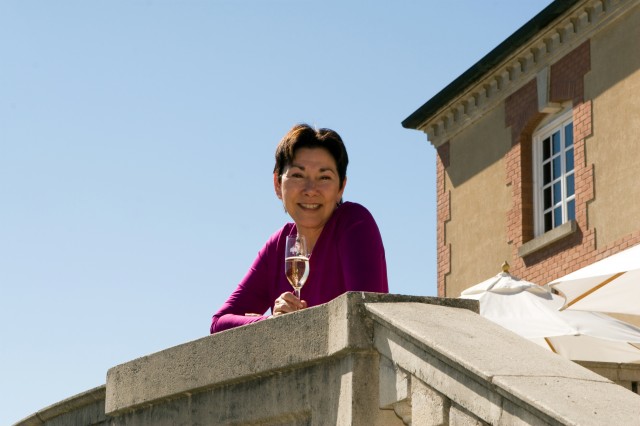  AGE: 54
The CEO and chief winemaker of what is considered by many as the jewel in Napa’s sparkling crown, Domaine Carneros, Crane helped set up the estate 25 years ago with the Taittinger family, who own the property. She has a quarter- century of vintages under her belt at the estate, which is now certified organic. Crane’s most notable achievement at Domaine Carneros, which produces a number of still wines in addition to its sparkling range, is the development of prestige cuvée Le Rêve. During her tenure, Crane has developed a second winemaking facility to accommodate the production of her still Pinot Noir range, along with an 18th-century style château where guests can enjoy sharing plates and a bottle of fizz on the terrace. 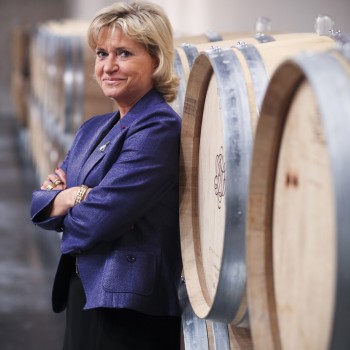 AGE: 57
In 1991, Duval-Leroy joined the likes of Barbe-Nicole  (Veuve) Clicquot and Lily Bollinger as one of only a few women to run a Champagne house. After the sudden death of her husband, she became chairwoman of Champagne Duval-Leroy, one of the last family-owned houses in Champagne. She has worked tirelessly to modernise the production process, develop distribution channels, increase the product range and expand into new export markets. Raising the quality of the Champagnes she produces remains at the forefront of Duval-Leroy’s agenda, leading to the recent launch of an organic range. In 2007, Duval-Leroy became the first female head of the Association Viticole Champenoise.

AGE: 54
Peterson Barrett is the woman behind some of California’s most lusted after cult wines. Her entry into the California vintners hall of fame was assured when she produced the inaugural vintage of Screaming Eagle in 1992, which, on receiving a 99-point score from Robert Parker, thrust both her and the wine into the spotlight. In addition to Screaming Eagle, Barrett, a UC Davis graduate, has made wine for other big gun California estates, including Dalla Valle and Grace Family Vineyards. Her skills are currently in play at both Paradigm and Kenzo Estate, where she is winemaker, along with Diamond Creek Vineyards and Niebaum- Coppola, where she is a consultant. Barrett achieves all this while running her own boutique label, La Sirena. 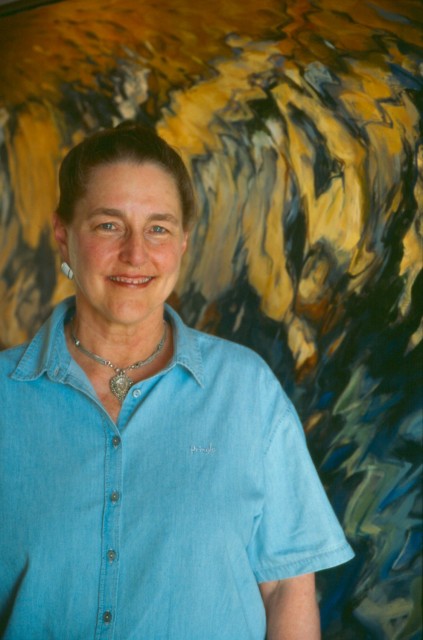   AGE: 63
As a pioneering American winemaker, Long was one of the first women to study oenology at UC Davis in California in the late 1960s. Working at the Robert Mondavi Winery in the ‘70s, she quickly rose up the ranks to become chief winemaker. Today, in addition to running her own Bordeaux blend-focused winery Vilafonté in Paarl, South Africa, she also oversees winemaking at her family estate, Long Vineyards, in the Napa Valley. In her spare time she consults internationally, everywhere from Israel to France, in addition to local consulting in the US at estates such as Golan Heights Winery, Donum, HdV and Gundlach Bundschu in California, and Bookwalter in Washington’s Columbia Valley.

Welch is responsible for the biggest cult wine phenomenon since Screaming Eagle – Scarecrow. Launched in 2006, Scrarecrow’s debut 2003 vintage, made from old vine Cabernet Sauvignon grown on a 10-hectare plot in Rutherford, was given 98 points by Robert Parker – a feat only bettered by Screaming Eagle. A year on, the 2004 vintage sold out in a mere 16 hours. Throw in a celebrity following, and the 2003 vintage is now selling for 10 times its original US$100 price tag on the secondary market, with just 400-800 cases produced annually. Welch also has her own side project, Corra, made from Cabernet grapes grown in Rutherford, Oakville and Pritchard Hill. 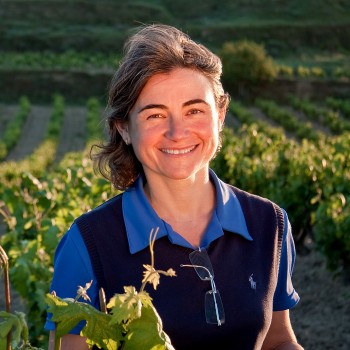 AGE: 44
 Rioja’s leading lady, María José López de Heredia, presides over one of the most prestigious wineries in the region, renowned for its traditional reds and unusual aged white Rioja made in the oxidative style from barrel-aged Viura. A champion of the much-maligned Viura grape, fourth-generation López de Heredia was one of the only producers to continue making traditional barrel-aged white Rioja when it fell out of fashion. The style is becoming popular again, not least due to López de Heredia’s perseverence. A flag- bearer for female professionals in all spheres, her winery in Haro features a shop designed by world renowned, Iraq- British architect Zaha Hadid. 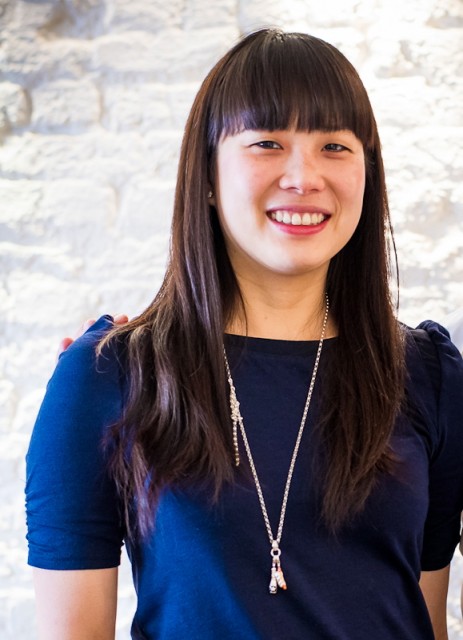 Influencing restaurant- goers’ wine choices from London to New York are a  score of switched-on female sommeliers. Saudi Arabian-born, LA-raised Sandia Chang (pictured) hung up her corkscrew at Per Se in New York to teach Londoners a thing or two about wine. She currently heads up her hugely popular hotdog and grower Champagne restaurant Bubbledogs in Soho, along with the fine dining Kitchen Table, run by her husband James Knappett in a private room at the back of the restaurant. Across town, Italian-born Vanessa Cinti recently swapped California for London, where she is head sommelier at Wolfgang Puck’s first London outpost, Cut at 45 Park Lane, selling the likes of Sine Qua Non and Screaming Eagle to cult wine enthusiasts. Over in New York, Belinda Chang made waves with her list at The Modern restaurant at the Museum of Modern Art, before moving on to The Monkey Bar, owned by Vanity Fair editor Graydon Carter. She is now the beverage director for the Culinary Concepts Hospitality Group in partnership with Starwood Hotels. Another name to watch is TerraVina’s former head sommelier Laura Rhys, who left Gerard Basset MS MW’s hotel last year to pursue her dream of working in California. 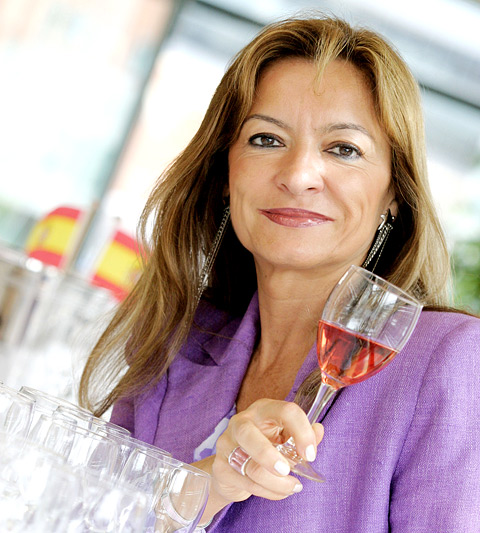 Christina Forner is the third generation of the Forner family to work in wine, the second at Marqués de Cáceres, which her father founded in 1970 with Emile Peynaud, a friend from his time in Bordeaux.

Taking over the running of her family business from her father in 2007, Forner immediately started to make her mark. She is known for her enthusiasm, for striving determinedly for quality and her drive to promote Rioja and its brands. She was db’s Woman of the Year 2011 for her “considerable business acumen and professionalism.”

Forner is a prominent figure in Rioja Alta where the winery is situated, but is also used to operating on an international stage, not only for her own bodega but also for the wines of her region.