Hospitality and leisure (H&L) continue to be one of the worst affected sectors, according to the latest PwC analysis of corporate insolvency numbers. 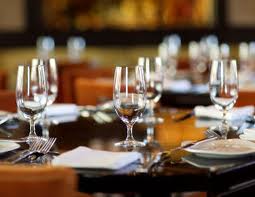 In total, 332 H&L companies became insolvent in the second quarter of 2012. However, this represents a decrease of 22% compared to the first quarter of 2012, when there were 428 H&L insolvencies.

After two particularly bad quarters at the end of 2011 and start of 2012, the level of H&L insolvencies has fallen back to that seen in the first half of 2011.

It is reported that this drop is driven by a decline in insolvencies for pubs and restaurants. However, restaurants were still the worst hit in the second quarter of 2012, with 159 businesses becoming insolvent.

Looking ahead at the pub and restaurant sector, Robert Milburn, hospitality & leisure leader at PwC, said, “Eating out has become a key lifestyle activity for many consumers, thanks to increasing availability and choice, particularly in the casual dining segment. We see continued long-term development in the sector, with opportunities emerging from the development and roll out of new concepts.

“The pubs and clubs segment is in a phase of transition. Although hit hard by the combination of recession, smoking ban and competition from “drinking-in”, parts of the pub sector are coming out of recession, having been first in, and there are good stories as a consequence of closures taking out some over-capacity and pub groups restructuring and consolidating.

“We are seeing evidence of the effects of the slowdown in consumer spending and there must be a concern that those pubs which try to differentiate purely on price are going to end up in a price war, which will have losers.”