A thirst for Penfolds in China is driving sales of Australian fine wine on the secondary market, according to Australia’s leading auction house, Langton’s. 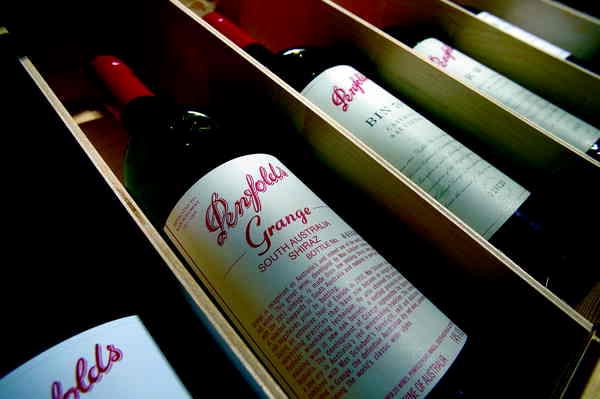 “The China factor is driving Penfolds auction prices. Although we don’t export directly, many of the wines are purchased by Chinese buyers or traders for the Chinese market,” Andrew Caillard MW, fine wine principal at Langton’s, told the drinks business.

Singapore, China and Hong Kong are home to a growing number of collectors whose interest has been piqued by Australia’s top wines, with Penfolds attracting the lion’s share of attention.

In response, a trend is emerging in Australia for the release of hugely expensive wines, such as Penfolds Bin 620 and Torbreck The Laird, to appeal to the prestige-driven Asian market, with its gifting culture and emphasis on status.

Penfolds Grange tops Chinese collectors’ lists – the 1998 vintage has increased in value by over 30% in the last two years at Fine & Rare Wines, primarily driven by Asian demand.

Though Penfolds Bin 707 Cabernet and St Henri Shiraz are also being snapped up at Langton’s auctions for the Chinese market.

Caillard describes Penfolds’ reputation as “legendary” in Asia – the frequency of smuggling and the proliferation of fakes in the market something of a measure of its recent success, with the Run Kangaroo brand ripping off the Penfolds logo, colours and even the different bin numbers.

Torbreck has also made inroads in Asia, along with Henschke Hill of Grace, though on a smaller scale.

“The Chinese in particular love the taste, because their virginal palates are suited to fruit-forward, sweeter, riper wines. Their sheer deliciousness in youth is so much more appealing than tannic Bordeaux,” he added.

US wine critic Robert Parker’s scores for Penfolds in The Wine Advocate, rated by Lisa Perrotti-Brown, are particularly powerful in Asia in terms of influencing sales of Penfolds.

Meanwhile, Caillard revealed to db that he would like to see a secondary Australian wine market emerge in Asia.

“Without headline sales, heated bidding wars and the cachet of ‘specialness’, there is no evolution,” he said.

An in-depth analysis of the Australian fine wine market will appear in the September issue of The Drinks Business.