New UK research indicates that women appear to be more receptive than men to the idea of drinking lower strength beer. 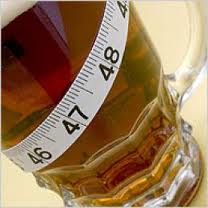 It is good news for the prospects of the 2.8% ABV beer category – a new, lower strength beer option which has been steadily growing in popularity – as women begin to see it as a way to cut down on their unit consumption and reduce calorie intake.

Many beer drinkers (30%) also say that they would now consider lower alcohol beer as an ideal drink for a hot summer’s day.

In terms of guessing the number of calories in a beer, most Britons overestimate.

The survey by ComRes on behalf of the British Beer & Pub Association found that one in five people (19%) correctly estimated the calorie content of beer – fewer than for wine, where a quarter (25%) get it right.

A surprising 74% of women overestimate its calorie content compared with 60% of men.

The results of the survey also show that perceptions vary across the country.

The survey found that around half (53-5 per cent) of respondents did not know the number of calories in a range of popular drinks.